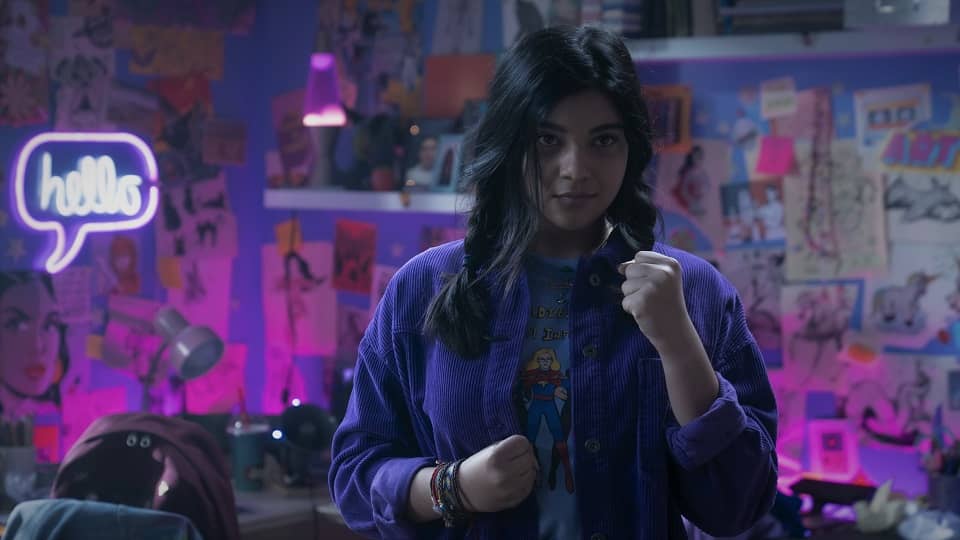 Time for some brown representation in MCU! Find out when will Ms Marvel come out on Disney+ Hotstar.

This series will follow the same timings as all previous MCU shows. The release time of the Ms Marvel series in India is 12:30 PM on Hotstar. New episodes will drop every Wednesday in the afternoon.


Remember that with the Loki series, Marvel Studios has changed their release day from Friday to Wednesday for their Disney+ shows. But if you want something for Friday. Obi-Wan Kenobi is currently streaming on Hotstar as well.

In the USA, this release time is 12:00 AM Pacific Time at Midnight. So, by comparison, It is good for us that we do not have to wait till night. We can enjoy it with our lunch.

As you know, Disney+ Hotstar is the official streaming service for Marvel shows in India. However, Disney+ is still not available in Pakistan. That is why Ms Marvel will release in theatres there.

How many total episodes in Ms Marvel?

Ms Marvel will have 6 episodes in total. The first episode will premiere on 08 June 2022. It will have a weekly release like other shows on this OTT platform.


That means that the finale will be out on 13 July, just a few days after Thor Love and Thunder’s release.

Yes, It will be. Ms Marvel will be released in 5 languages in India: English, Hindi, Tamil, Telugu and Malayalam. Hotstar knows that many fans like to watch these big movies or shows in their local languages.

We also got the confirmation that Mohan Kapur will also lend his voice in Ms Marvel’s Hindi version. He is playing the character of Kamala Khan’s father Yusuf Khan. He is now the 2nd Indian actor in MCU (after Harish Patel as Karun in Eternals).

Here is a Hindi promo where we can listen to his voice:

Many fans know Mr Kapur as the Hindi dubbing artist for Doctor Strange. So, it is amazing to see him live in a series set in the same franchise. Also if you want to check, there are many Indian & Pakistani actors in Ms Marvel including Fawad Khan and Farhan Akhtar.

Ms Marvel will become the 7th original Disney+ series set in the Marvel Cinematic Universe and the 2nd time a completely new superhero will be introduced via a web series.


Iman Vellani will play the titular character Kamala Khan. One fun fact here is that this is her first-ever acting gig and many early reviews mentioned that she is perfect for this role. Great to see one more good casting in this franchise.

At last, let’s look at the official synopsis (via disney.com): “Ms Marvel is a new series that introduces Kamala Khan; a 16-year-old Pakistani-American growing up in Jersey City. A great student, an avid gamer and a voracious fan-fiction scribe, she has a special affinity for superheroes, particularly Captain Marvel. But Kamala struggles to fit in at home and at school; that is until she gets super powers like the heroes she’s always looked up to. Life is easier with superpowers, right?”

So now you the release time of Ms Marvel in India and how many episodes are there in total. Let’s see how the audience reacts to this new superhero!