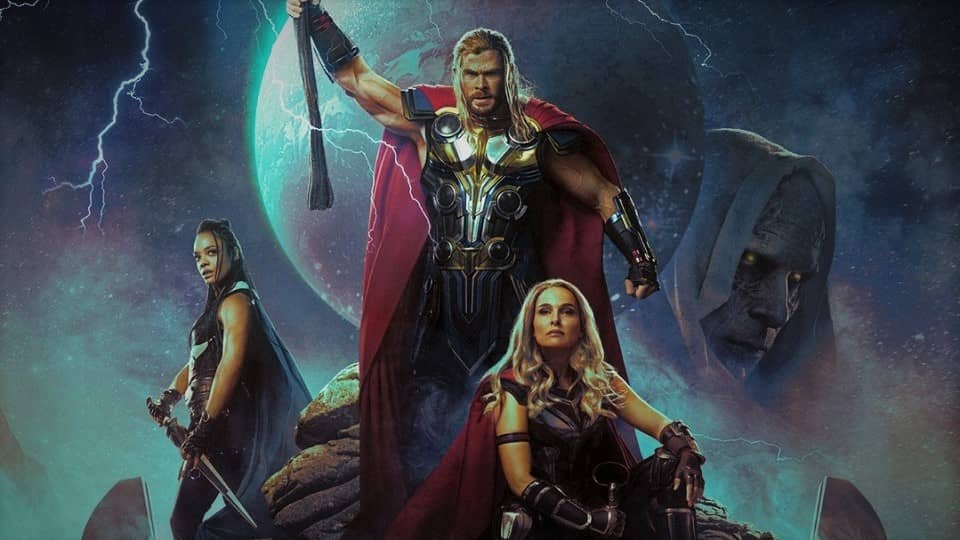 Find out when is Thor 4 releasing and all important updates for Indian Marvel fans!

Thor is coming on Thursday! ‘Thor: Love and Thunder’ is getting released in India on 07 July 2022.


This release date is one day earlier than the USA where it will be out on July 08. Looks like it is now a trend for Hollywood to premiere their movies early in the country to take advantage of a longer opening weekend. It will definitely boost Thor 4 box-office in India.

Chris Hemsworth will return as our Asgardian superhero in this 4th instalment of the series. But now he is joined by Guardians of the Galaxy in this space adventure.

But the main focus is on the Female ‘Mighty’ Thor played by Natalie Portman, who is returning to the MCU after about 9 years. All this has increased the hype for this movie a lot!

IMAX is one of the most premium ways to watch any blockbuster film. They have high-quality video and audio systems with a large screen. But the main thing, in this case, is that Thor 4 is partially filmed in IMAX.


Some scenes of Thor Love and Thunder are shot with the latest IMAX-certified cameras. These are Arri Alexa LF and Mini LF cameras that were also used for Dune (2021) and Shang-Chi and the Legend of the Rings (2021). Some future MCU movies are using the same cameras as well.

You will have 26% more footage in IMAX than in normal theatres because Thor 4 will have a 1.90:1 aspect ratio for about an hour. More footage means more fun!

Mightier than the rest. Only IMAX theatres show Marvel Studios’ #ThorLoveAndThunder with up to 26% more picture. #FilmedForIMAX pic.twitter.com/NS9pAvhFaB

IMAX theatres are available in the following Indian cities: Delhi, Gurugram, Noida, Mumbai, Pune, Lucknow, Chennai, Kolkata and Bengaluru. Try to enjoy it in IMAX 3D for the best experience!

Is it available in 3D?

Yes! Thor Love and Thunder is available in 3D. You can definitely watch this superhero flick with the 3D glasses.


While the popularity of 3D movies is decreasing in other countries, India still has a huge craze for this format. That is why there is usually a lack of 2D shows in big cities. Also, theatres can charge more to the customer for 3D screenings.

But the best format to enjoy Thor love and thunder is in IMAX. Let’s understand why!

When will be the tickets open in India?

Thor Love and Thunder ticket booking started in India on 17 June 2022. Marvel India officially announced this via Twitter. Tickets are currently available in most big cities but they will be updated in all cities very soon. Check all details here:

If tickets are not open in your city, you can try these steps to get notified when tickets will be out:

After doing this, BookMyShow will send you a notification when the tickets in your location will start.


The prices for the Thor 4 tickets are somewhat higher than previous Marvel Studios movies in India but that is because of the huge demand by Marvel fans as well as rising inflation in the country.

It is getting dubbed in Hindi?

Marvel knows the strength of local languages in the country. That is why they dub all their movies here. Thor Love and Thunder will be released in all major languages in India including Hindi, Tamil, Telugu, Kannada, Malayalam and English.

This is the first time in the Marvel Cinematic Universe that an individual superhero is getting his 4th movie, maybe because of the huge success of ‘Ragnarok’ and the increasing popularity of this character after the last two Avengers films.

‘Thor: Love and Thunder’ is riding on a lot of a fan’s expectations and hope it delivers on them.

Meanwhile, we have Ms Marvel streaming on Hotstar from our beloved studio as well.

Finally, we should take a look at the main synopsis for the movie (via IMDb): “Thor enlists the help of Valkyrie, Korg and ex-girlfriend Jane Foster to fight Gorr the God Butcher, who intends to make the gods extinct.”.

So now you know Thor Love and Thunder’s release date in India in Hindi. Watch it in 3D or IMAX formats if you can!