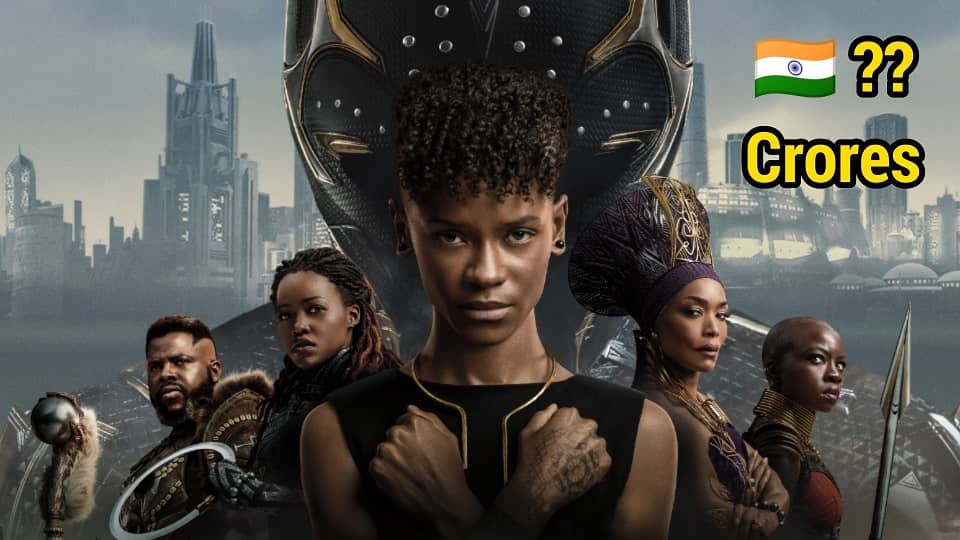 The last film of the MCU is also a big success! Find out how many crores it made at the Indian box office!

Wakanda Forever was already planning to have some good numbers after the ticket sales, but now we have the official data.


Black Panther Wakanda Forever’s box-office collection in India is ₹52 crores. This is the total net amount. A lot of it came from the first week and advance tickets sold before. The reviews are also very positive, praising the emotional story and powerful acting.

This proves how good the Marvel Fandom is connected to their films and wants to watch on day one. The first-weekend collection is reported below:

So, in just the first 3 days, it reached the ₹40 crores mark. For a non-holiday release, and also in the exam season, this was an amazing collection. It performed well in the metro cities like Delhi-NCR, Mumbai, Chennai, and Hyderabad.


While the numbers are not as great as Doctor Strange 2 and Thor 4, we need to consider that Black Panther is still a developing franchise and without the main star Chadwick Boseman, who passed away in 2020.

Doctor Strange in the Multiverse of Madness made ₹130 crores in India in total. It was the biggest Phase 4 release by exclusive Marvel Studios in the MCU (not counting Sony’s Spider-Man No Way Home).

Then came the God of Thunder. Thor Love and Thunder collection in India crossed ₹100 crores very late, but still, it did. While it will be difficult for Black Panther 2 to achieve that milestone, still it made a good amount to consider it a proper Hit.

There was little competition from domestic films in the country in the first week. The next 2 weeks will have 2 big releases, Drishyam 2 and Bhediya will definitely replace most screens where Wakanda Forever will be playing.

A small reason for it not breaking records is because of the mixed reviews of the previous 2 MCU films.


Now the only way to watch it is in theatres. Black Panther 2 will premiere on Disney+ Hotstar in late December or early January.

The total worldwide collection of Black Panther Wakanda Forever stands at $425 Million. About 50% of it is only from the USA. Other countries where it performed well were the United Kingdom, Mexico, France, and South Korea.

It broke the record for the biggest domestic collection in November in the USA.

Mexico is higher because of Tenoch Huerta who plays Namor in the movie. It is not expected to come out in China. That will a big hurdle for it to reach the billion-dollar mark. Still, if it gets to $800 million, it will be the 2nd biggest Marvel movie of 2022.

Talking about the future, Marvel Studios has big plans ahead. In 2023, they are planning for 3 big releases with Ant-Man and The Wasp Quantamania, Guardians of The Galaxy Vol 3, and The Marvels.

Phase 4 ended with Wakanda Forever and Now let’s look at Phase 5 and what records will that make.

So now you know the total box-office collection of Black Panther Wakanda Forever in India and worldwide. Let’s see how close it will get to the first one!