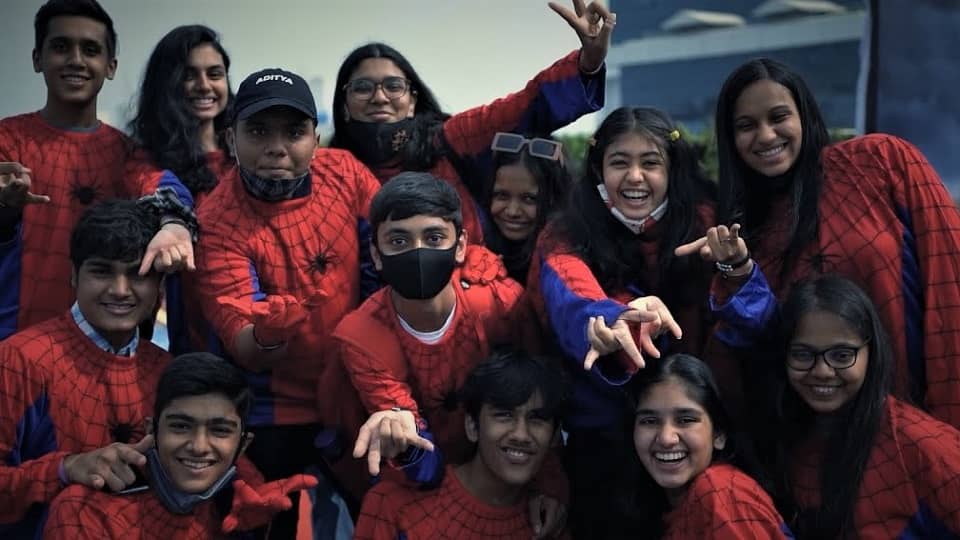 This article is for Indian Marvel Fans! Do you know that we made a Spider-Man world record in India? Find out more here:

Before Spider-Man No Way Home got released in theatres, Indian Marvel fans had an interesting world record.


Sony Pictures India made a Guinness World Record for the Largest Gathering of people dressed as Spider-Man. This happened on 15 December 2021 in Mumbai. A total of 601 people wore Spider-Man costumes at the same place at the same time.

Get the full details about this video:

Spider-Man No Way Home was released in India on 16 December 2021. One week before this, Sony announced that they are organizing an event with PVR and BookMyShow to set this achievement. This was also done to celebrate and promote the upcoming movie.

It was completely a free event for all, so many people registered for this. The main contest happened in PVR Jio-Drive located in Mumbai.

The official record that was to be broken was for the highest number of fans in spider-man costumes.


The previous number to beat was 547 held by Sweden in 2018. That was done to launch the PS4 Spider-Man game. Before that, Syndey did this with a count of 438.

But this was the time of the ultimate spider flick No Way Home, and for that, Sony wanted to go for a bigger convention. And what better can be than Indian fans of web-slinger superhero?

601 people were present in Mumbai and all of them were given Spider-Man dresses. Then, an official representative checked the count and announced that India has made the record for the largest gathering of people dressed as Spider-Man.

We know it’s a little hard to believe, but Spider-Man: No Way Home has the biggest number of fans in India, and we had a blast breaking the Guinness World Record.
Go get your tickets to watch the extended version.
🎟️ : Link in bio!https://t.co/vMf65a8AXG


All the fans were also given a chance to watch the film.


But there are some more amazing trivia you can check out here:

Here we present some more facts related to Marvel & DC:

Other than that, No Way Home was also the highest-grossing 2021 Hollywood movie in India with more than ₹200 crores at the box office.

All this proves how big the fandom of superheroes has grown in the country. A lot of these movies are making more money than other domestic films. A lot of content in Hindi, Tamil, and local languages are also been shared online.

Spider-Man was also one of the most popular comic book characters here, along with the likes of Batman and Iron Man.

Now we are ready for more challenges and more names in the Guinness Book of World Records!

So now know about this interesting Guinness World Record for the Largest Gathering of people dressed as Spider-Man, made in India.