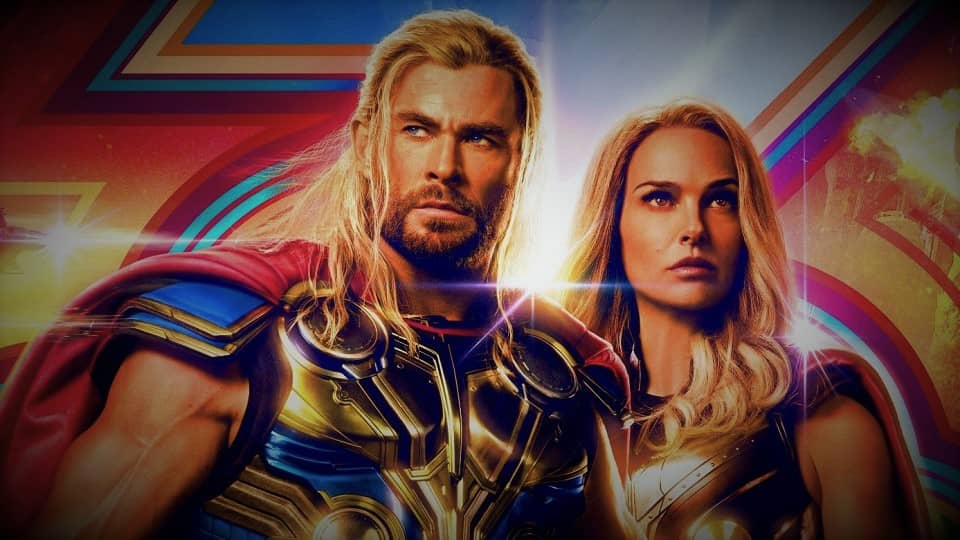 Thor is back in action! Check his 4th movie box-office collection with the latest OTT streaming update.


Here are the numbers for the first weekend:

However, with no big competition from regional cinema in the next 2 weeks, the box-office collection for Thor 4 will definitely reach ₹100 crores very soon. But it is far from coming close to the massive Spider-Man No Way Home box office in India.

With the first day collection of ₹18 crores, it became the 5th biggest opening for a Hollywood flick in the country. All 4 movies before are also a part of the Marvel Cinematic Universe.

The worldwide collection is $755 Million according to BoxOfficeMojo with around 46% of it coming from the USA only. Other big countries where it is a hit are Australia, Germany and South Korea.


This opening weekend collection might be less than the last Marvel movie, Doctor Strange in the Multiverse of Madness (2022), but is better than the last instalment in the series, Thor Ragnarok (2017).

Some factors for why the numbers are less than expected might be that July is not a holiday month in most parts of the country like May, and the reviews are not as great as the last 2 Avengers had.

Still, achieving a century in the Indian market is a huge deal. It shows how successful the Marvel brand is here. It got good reviews from the normal audience, even being criticized by critics.

Ragnarok grossed ₹58 crores in India which is already crossed by this fourth Thor film.

That makes it definite that it will enter the Top 10 highest-grossing Hollywood movies of all time in India very soon. Some Marvel movies like Avengers Endgame, Infinity War, Spider-Man Far From Home and No Way Home are on the list as of now.


Thor Love and Thunder was released in India on 07 July 2022. It stars Chris Hemsworth, Natalie Portman, Christian Bale and Russell Crowe in the lead roles. Korg actor Taika Waiti is the director of this Thunderous adventure.

We all know that Disney owns Marvel, so there should be no doubt about where all their movie will drop for home viewing. The OTT platform for Thor 4 will be Disney+ in the USA and Disney+ Hotstar in India.

As we have seen with many Marvel Studios films and other Disney flicks, they are now following a 45-days theatrical gap between theatres and digital releases.

‘Thor: Love and Thunder’ is now streaming on Hotstar from 08 September 2022 onwards in all languages including English, Hindi, Tamil, Telugu, Malayalam and Kannada. This is the same day when Disney celebrated their Disney+ Day this year.

Even the latest ‘Doctor Strange in the Multiverse of Madness’ dropped on the streaming service after about 47 days, on 22 June 2022.

This is the same time when their new series ‘She-Hulk: Attorney at Law’ is arriving as well.

So now you know much about the Thor 4 movie collected at the India box office and when it is streaming on Disney+. Enjoy the thunder!