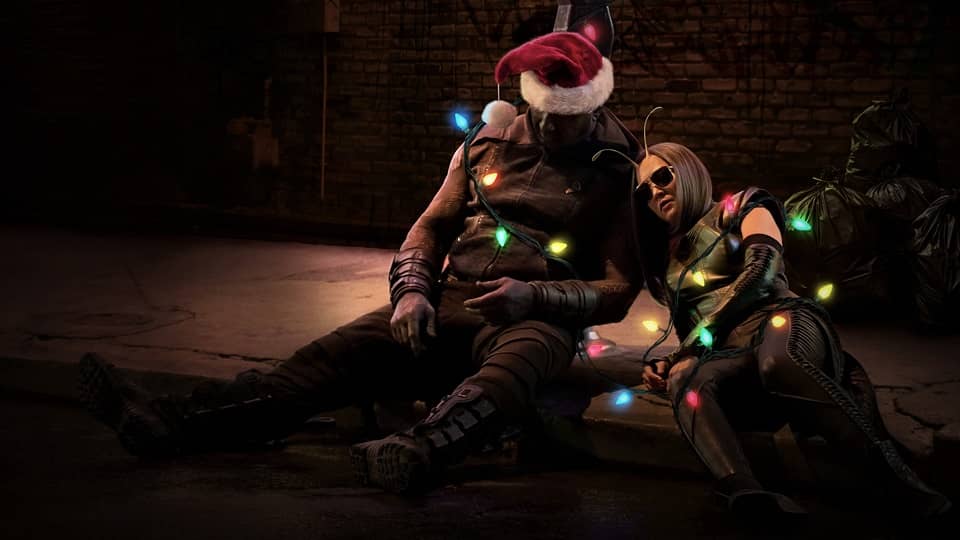 Christmas came early this time! Find out all details about the release of the Guardians of The Galaxy Holiday Special for Indian fans:

Marvel Studios is coming back with another Special Presentation, especially for this Christmas season.


With Guardians of the Galaxy, you can have more fun during this holiday. It will release on 25 November. That will be a Friday.

Get the full update in this video:

It will be the final content from Phase 4 of the Marvel Cinematic Universe.

Guardians of The Galaxy Holiday Special will premiere in India on 25 November 2022. The release time will be 1:30 PM IST. It is written and directed by James Gunn, and the cast includes all the lead characters of this franchise.

Since it will come out at Midnight in the USA, that translates to afternoon according to Indian time. Enjoy this with your lunch!

There is a sad update for Indian fans because looks like it will not be dubbed in local languages.


Guardians of The Galaxy Holiday Special will not release in Hindi, Tamil, Telugu, Kannada, and Malayalam. It will only be available in English.

This happened with Werewolf By Night Hindi release as well. WandaVision and What If are still missing the dubbed versions and many fans are still asking for them.

Like all Marvel Studios content, this Christmas Special of Guardians of The Galaxy will be available on Disney plus. And that means in India, the OTT platform will be Disney plus Hotstar.

The runtime is reported to be 44 minutes long. It is getting positive reviews for its fun and emotional story, with a lot of praise for Drax and Mantis’ performances.


Now, old Netflix’s Daredevil and Punisher are streaming on Hotstar as well. While most are only in English, it will be interesting to check them out.

The idea of this show happened on the sets of Guardians of The Galaxy Vol 2. It was then announced in December 2020 and shot simultaneously with the shooting of Vol 3.

The story is set between the events of Thor Love and Thunder and Guardians of the Galaxy Volume 3 as well.

It will mark the return of Michael Rooker as well, along with introducing Kevin Bacon to the universe. There are also rumors that Zoe Saldana will return as Gamora.

By the way, Black Panther Wakanda Forever is running in Indian theatres around you. You can watch it in 3D, IMAX, and 4DX.

Finally, here is the official synopsis of it (via Marvel.com): “In The Guardians of the Galaxy Holiday Special, the Guardians, who are on a mission to make Christmas unforgettable for Quill, head to Earth in search of the perfect present. Star-Lord, Drax, Rocket, Mantis, and Groot engage in some spirited shenanigans!”

So now you know the release time and date of Guardians of The Galaxy in India. Also, you got the OTT and Hindi updates.