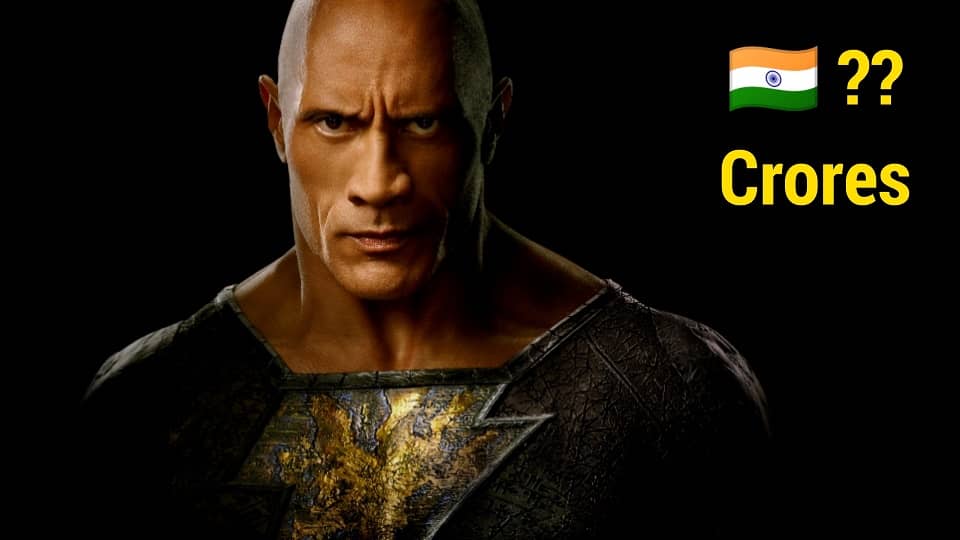 Black Adam really ROCKED the theatres, especially in Indian theatres. Find out all about it in the box-office report here:

The second DC movie of 2022 really had a blast on the big screen. But how much did it translate into Indian rupees?


The total Box-Office collection of Black Adam in India is ₹44 Crores. This is the official ‘net’ (after tax) amount it earned on the Indian market. This is mainly because of the positive reviews and Diwali weekend advantage.

Black Adam released in India on 20 October 2022, one day early than other big territories to take advantage of the long Diwali holidays. And it worked. Here are the numbers for the first weekend:

This adds up to a ₹23 crores collection for the first weekend. If you look at The Batman’s box office in India, which also came out this year, both movies started in the same range in India.

So, releasing it early gave it a big boost here. But while the movie will get more competition from Bollywood flicks like Ram Setu and Thank God after Diwali, still the final collection will be good for a DC movie.

Also, fans loved it and shared the good reviews with other regular moviegoers. This encouraged more people to go and watch it in the cinema. Maybe if they converted in 3D as well, we think that the numbers will be a bit higher.

Here is the full news video:

Dubbing it in Hindi, Tamil and Telugu also worked in its favor for our country. They should continue this trend with upcoming projects as well.

By the way, the biggest Hollywood movie of 2022 in India till now is Doctor Strange 2 with ₹130 crores.

Going global, this movie is the biggest opening for a Dwayne Johnson film. Black Adam’s worldwide collection stands at $323 million. While it is lower than many Marvel or DC films, we need to understand that Black Adam is still a debut superhero.


It performed well in the USA as well as in Australia, Germany, and Indonesia. Most people are liking the action-packed story. However, the story criticism might affect its long run in the theatres. But there is one post-credits cameo which is a big part of its promotion.

Let’s see what the year-end will be, with big movies like Black Panther Wakanda Forever from MCU and Avatars The Way of Water from Disney.

As for DC, their film list for 2022 is over. Talking about 2023, there will be officially 3 movies from their universe: Shazam The Fury of the Gods, The Flash, and Aquaman and the Lost Kingdom.

So, a good start with Rock’s Black Adam will definitely hype up these three inside the Indian fandom.

So now you know what is the total Black Adam box-office collection in India. Hope the sequel earns more when it comes out!