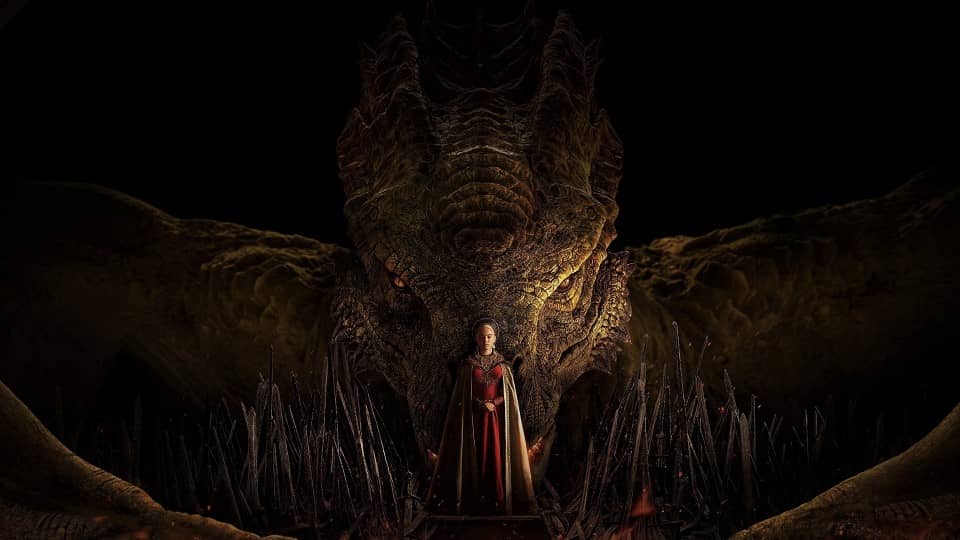 Find out all about the Targaryens and their Dragons that are part of the Game of Thrones spin-off.

How many Dragons are in House of the Dragon?

There are 14 Dragons we have seen in House of The Dragon. This is the total number of big creatures that are already introduced or mentioned in Season 01 of the series.


It was also confirmed that there will be a total of 17 dragons in total for all the seasons. So, there are 3 more that are still not seen.

Let’s look at all of the dragons there are in the House of The Dragon series:

Syrax is the first dragon we saw in House of The Dragon. Rhaenyra’s first scene was her riding this yellow creature and showing that the blood of Targaryen runs in her veins. Rhaenyra named her after the goddess of Valyria.

Also known as Blood Wyrm for its red scales, Daemon’s dragon Caraxes is one of the most dangerous out of the lot. He also rode it during the battle of stepstones in season 1 episode 3. Caraxes also has huge neck, making them scarier than others.

Seasmoke is the dragon that saved Daemon and helped win the battle of stepstones in season 1 episode 3. Laenor rode it meaning that even Velaryons can have a dragon (maybe also because of his mother Rhaenys Targaryen). But since Laenor is gone, Seasmoke is now riderless.

Rhaenys stole the show in S01E09 after he warned the Green at the Dragonpit with the scream from her dragon. Meleys is also called Red Queen for its scarlet color. It is officially confirmed that she can compete with the likes of Vhagar.

Vermax was given to Rhaenyra’s oldest son Jacaerys in the 6th episode of the first season. He has olive green colors with orange scales.

Vhagar is the biggest dragon in the House of The Dragon. She is known as the Queen of all Dragons. She was first ridden by Visenya Targaryen (Aegon the Conquerer’s sister). After that, Laena Velaryon got it as seen in S01E06. After her death, Aemond bonded with Vhagar.

Only briefly seen in episode 7 of the debut season (during Laena’s funeral), Sunfyre is one of the most beautiful dragons in the family of golden color with pink scaled wings.

Dreamfyre is the dragon of Helaena, sister and wife of Aegon II Targaryen. But she rarely bonds with her on a journey. But the first rider of Dreamfyre was Rhaena Targaryen.

We got our first Dragon casualty with Arrax. Rhaenyra’s second son Lucerys rode Arrax in the season 1 finale when he went to Stormlands. But when Aemond tried to threaten him with his Vhagar, she lost control and killed Arrax & its rider on the Shipbreaker Bay.

Joffery has claimed Tyraxes and now all three Strong boys have one dragon each.

Vermithor is the 2nd largest dragon in the House of The Dragon series. Also, known as Bronze Fury, he is very big and powerful and currently unclaimed. Once rode by Jaehaerys Targaryen, we see him in the season 01 finale when Daemon tried to lure him to his side.

Baela is the first daughter of Daemon and Laena, and she got Moondancer as her own pet.

The Balerion is the biggest dragon ever in A Song of Ice and Fire novels. But since he already died before the story of House of The Dragon begins, we only see his skull in Red Keep. He was once ridden by Aegon The Conquerer, and then King Viserys for a few years.

Silverwing was just mentioned in Season 1 Episode 10 by Daemon where he confirmed that it is riderless. She was first owned by Alysanne Targaryen (Jaehaerys’s wife) and also a mate of Vermithor.

More will be coming soon in the future!

By the way, House of The Dragon streamed in India on Disney+ Hotstar.

So now you know about all the Dragons we have seen in the House of The Dragon series, their names, and their riders. Still, more coming soon in the future!