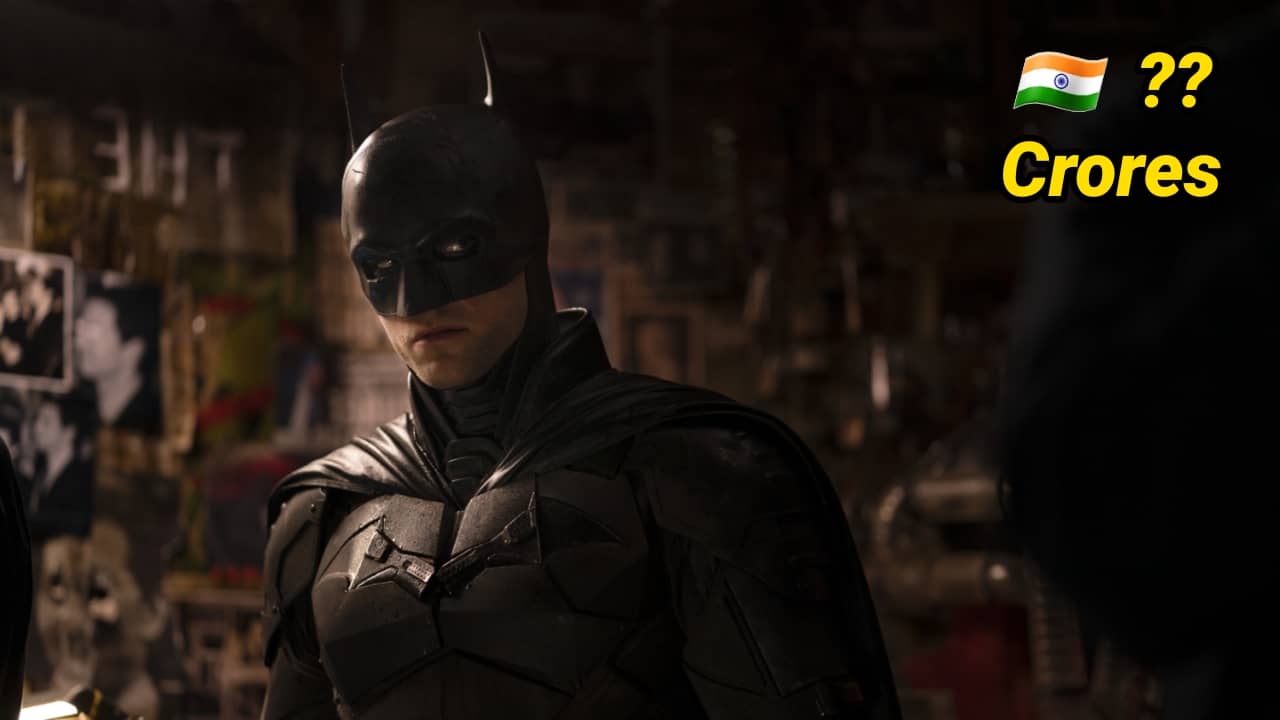 Find out how many crores did 2022’s The Batman movie made at the Indian box-office collection.

The Batman box-office collection in India

We just got our 1st superhero movie of 2022 from the DC universe. It also gave a jumpstart to Hollywood movies in the country. The Batman (2022) performed amazingly in India. But how many crores?


According to an official report, The Batman’s box office collection in India is ₹48 crores. This is the total ‘net’ amount, meaning what it earned after removing the tax.

Here are the numbers for the first weekend in India:

Collecting ₹22 crores in the first weekend is a great number for a Hollywood feature in India. The amount might look less when compared to Marvel movies, but we have to take some important factors into account.

First, it was a completely new franchise and a new Batman actor, so, many people were not familiar with it. There was also some resistance for the 3 hours long runtime. And don’t forget it was released in March, which is an exam season in schools and colleges.


Still, if it manages to cross 30 crores, it is a big win for Warner Bros. It also shows how popular Batman as a brand is in our country. Early Screenings for The Batman in IMAX also contributed to this box-office collection in India. It also got raving reviews from fans and critics.

Let’s see if it can break the record of 2019’s Joker in India, which is the biggest DC movie in India with ₹68 crores in box-office numbers.

The total worldwide collection of ‘The Batman’ is $770 Million. The opening weekend collection in the US was $134 million, which is the 2nd movie (with ‘Spider-Man No Way Home’) to pass the $100 million weekend mark after the theatres shut down in March 2020.

Other countries where it got most of its money were the UK, Mexico, Brazil and Australia. Fans are liking it all around the globe.


Also, it is still awaiting release in China on 18 March, so this number is likely to grow very much in the next few weeks. There is not much competition for a few more weeks as well.

Now, let’s see what their next 2 movies this year will collect. “Black Adam” and “Shazam! Fury of the Gods” are the next DC live-action movies coming out in 2022. We have high expectations from ‘Black Adam’ because it stars Dwayne ‘The Rock’ Johnson in the lead role.

We also have 3 Marvel Studios movies this year: “Doctor Strange: Multiverse of Madness”, ‘Thor: Love and Thunder’ and “Black Panther: Wakanda Forever”. They are more loved by Indian fans, so we will also see whether they will make big records in the Indian market.

Jurassic World’s 6th movie, which is a big franchise in India, as well as Avatar 2 is also coming out during Christmas time. They are also expected to make big numbers at the box office.

Still, I believe The Batman will land in the Top 10 Hollywood movies in India in 2022.

So now you know the full report of The Batman’s box office collection in India. Waiting for more DC movies this year!