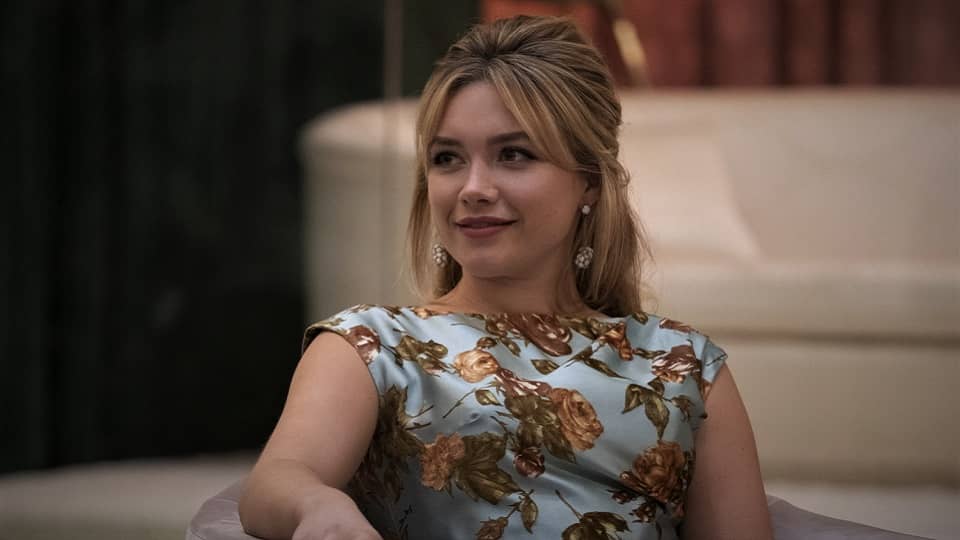 A multi-star psychological flick is here! Find out all the release info about Don’t Worry Darling in India:

The movie is already out in the USA, but don’t know why it is coming out 1 week late in our country.


Don’t Worry Darling will be released in India on 30 September 2022. This is the official announcement by the Indian division of Warner Bros. It is 2 hours and 4 minutes long mystery thriller. Please note that it has also got an A certificate in India.

It has an amazing star cast with Florence Pugh, Harry Styles, Chris Pine, Gemma Chan, Olivia Wilde, Nick Kroll and Kate Berlant.  It has got generally mixed reviews from critics for the dull endings but praise for Pugh’s performance.

Is it in IMAX format?

Yes, Don’t Worry Darling will be shown on IMAX screens. But it is not shot with IMAX cameras and doesn’t contain any expanded footage. But it is only happening in limited theatres in the USA.


Most probably it will not happen in India, because most screens here will prefer to showcase PS1. Ponniyan Selvan 1 is also getting IMAX release here. There will be one option of 2D format only.

Will it release in Hindi?

There is bad news. Don’t Worry Darling will not be released in Hindi, Tamil or Telugu. It will only premiere in English.

Hope when it debuts on streaming, it might get dubbed versions in local languages as well. But when it is coming out there?

There is no official streaming date announced till now. But one thing is sure HBO Max will be the main platform, which is not available in the country.


Don’t Worry Darling will premiere on the Amazon Prime Video streaming service in India. Most previous movies of Warner Bros like Elvis, The Batman, and Fantastic Beasts 3 are there, so this looks like the most probable OTT platform. We are still waiting for the specific date.

Based on the story by Katie Silberman and Van Dyke brothers, this is the second film by Olivia Wilde, after Booksmart (2019). Don’t Worry Darling gained a lot of hype after the first teaser but the on-set controversies and average reaction have derailed all of it.

Another big mystery movie Everything Everywhere All at Once released in India on September 16.

In the end, here is the official synopsis of the film (via warnerbros.com): “Alice (Pugh) and Jack (Styles) are lucky to be living in the idealized community of Victory, the experimental company town housing the men who work for the top-secret Victory Project and their families. Life is perfect, with every resident’s needs met by the company. All they ask in return is discretion and unquestioning commitment to the Victory cause. But when cracks in their idyllic life begin to appear, exposing flashes of something much more sinister lurking beneath the attractive façade, Alice can’t help questioning exactly what they’re doing in Victory, and why. Just how much is Alice willing to lose to expose what’s really going on in this paradise?”.

So now you know the Don’t Worry Darling release date in India, along with its Hindi dubbing and streaming updates. Only I can say that Pugh is definitely going to be the next big star of Hollywood!