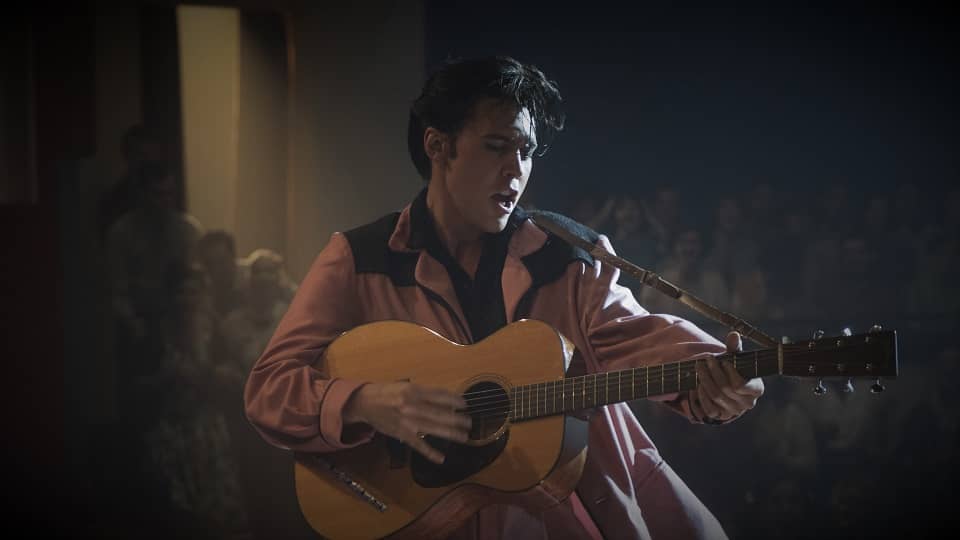 It is time to learn the story of the “the King of Rock and Roll”. Check out all release details of the Elvis movie!

Elvis movie will be released on 24 June 2022 in India. This is the same release date as in the USA, UK and Canada.


This is the biography of Elvis Presley, a legendary American singer who transformed the music industry in his own way. Austin Butler is in the titular role, supported by Tom Hanks playing Colonel Tom Parker as his manager.

Here is the official first trailer:

It is also gaining good reviews from critics, especially for the lead actor for his amazing performance.

Is it filmed in IMAX?

Elvis is not filmed in IMAX and neither it is shot with any type of IMAX camera. Many people thought that such a large-scale movie should be released in this premium format but unfortunately, it is not happening.


You might still some theatres where they will show this film on IMAX screens but that doesn’t mean it is actually converted for that format. Elvis is also not getting released in 3D or 4DX.

Most Hollywood fans know that Warner Bros Studios has a 45-day theatrical window for their 2022 slate of films. That also includes this musical drama.

Elvis will premiere on HBO MAX streaming service in the USA on or after 08 August 2022. But this is not the same for India because this OTT platform is not available here.

Most probably the Elvis movie will stream on Amazon Prime Video in India. An official announcement on the exact date will be updated soon.

Is it getting dubbed in Hindi?

The only way to watch this movie in India is in English. Elvis is not getting dubbed in Hindi, Tamil, Telugu or Malayalam languages.


This will definitely lower its box-office collection but still, it is a very niche flick among Indian audiences.

The last movie from WB was ‘The Batman’ which collected ₹48 crores in India.

Elvis is one of the most anticipated films of 2022. Director Baz Luhrmann took on this project in 2014 after the success of The Great Gatsby (2013).

Many big stars including MilesTeller, Aaron-Taylor Johnson and Harry Styles were in the casting process, but finally, Austin Butler is chosen. He was last seen in Once upon the time of Hollywood (2019).

Now the question is whether it will be a big success both in the theatres and the next year’s Oscars. Warner Bros will definitely try to promote it heavily during the awards season.

Finally, let’s take a look at the full synopsis here (via warnerbros.com): “A thoroughly cinematic drama, Elvis’s story is seen through the prism of his complicated relationship with his enigmatic manager, Colonel Tom Parker. As told by Parker, the film delves into the complex dynamic between the two spanning over 20 years, from Presley’s rise to fame to his unprecedented stardom, against the backdrop of the evolving cultural landscape and loss of innocence in America. Central to that journey is one of the significant and influential people in Elvis’s life, Priscilla Presley.”

So now you know what is the release date of Elvis in India, along with IMAX and streaming updates. Expectations are high for this one!