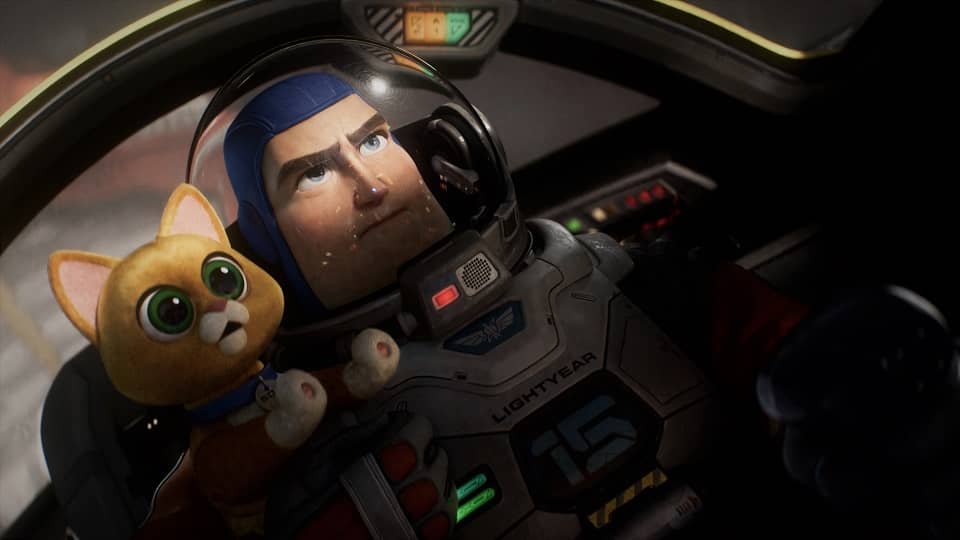 Buzz is back! Check out all the important information about Lightyear’s release in India, and when will it stream on Hotstar?

Lightyear will release in India on 17 June 2022. It is getting released in the USA, Canada and UK on the same date.


This is the first Pixar movie of 2022 that you can watch in a Cinema because the last Pixar movie Turning Red was given a streaming premiere on OTT directly and was not screened in theatres. So, fans must be excited for this one!

Lightyear has got positive reactions from critics and we know that Toy Story is a very successful franchise. So, the hype for this movie is on the top! Hope the audience will love it as well.

Also, we need to mention that it has got a ‘U’ certificate in India, despite having a PG-13 age rating in the US.

This will be disappointing news for all Toy Story fans. Lightyear is not getting released in Hindi, Tamil, Telugu or Malayalam in India. There is only the original English version to enjoy.


Maybe they are not expecting more regional audiences for this one. But let’s see if they will dub it in Hindi when it will be streaming on Hotstar.

Yes, Lightyear will be released in 3D format. Along with 3D, you have options like IMAX 3D and 4DX 3D.

Is Lightyear filmed in IMAX?

This Pixar flick is making a unique record here. Lightyear will have select sequences in IMAX with a 1.43:1 aspect ratio. This is the first time an animated movie will fill the full screen on a real IMAX theatre. About 30 minutes of footage is expanded for this larger format.

So if your city has a big IMAX screen, this is the only way to experience it at its fullest.

According to slashfilm, Pixar created a virtual IMAX camera to shoot the movie in both 1.43:1 and 2.39 ratios simultaneously. They might use this technology in their future movies as well.


Here is the official Lightyear trailer with IMAX scenes:

Please note that the most recent IMAX theatres in the world right now are Digital screens, where the maximum aspect ratio you will get is 1.90:1 only.

When will Lightyear stream on Hotstar India?

We know that Pixar is owned by Disney. So, the only OTT platform where Lightyear will release is Disney+ in the USA and Hotstar in India. Now, the question is when will it debut there?

Nothing is officially confirmed but the latest Disney+ releases are giving us a hint that they are now following a 45-days theatrical gap. That means Lightyear will be streaming on Disney+ Hotstar from 01 August 2022 or later.

We can call Lightyear the first main spin-off in the Toy Story franchise. We already know about the 4 main Toy Story films from 1995 to 2019. There is also a 2000 movie and series about Buzz Lightyear but it was released on television.


But one of the main reasons to watch it is that Chris Evans (Captain America actor) is voicing the titular character. He was joined by Keke Palmer, Peter Sohn, Taika Waititi, Dale Soules and James Brolin.

At last, here is the official synopsis of the movie (via pixar.com): “A sci-fi action-adventure and the definitive origin story of Buzz Lightyear, the hero who inspired the toy, “Lightyear” follows the legendary Space Ranger after he’s marooned on a hostile planet 4.2 million light-years from Earth alongside his commander and their crew. As Buzz tries to find a way back home through space and time, he’s joined by a group of ambitious recruits and his charming robot companion cat, Sox. Complicating matters and threatening the mission is the arrival of Zurg, an imposing presence with an army of ruthless robots and a mysterious agenda.”

So now you know the release date of Lightyear in India in Hindi. Also, you got updates on when will it drop on Hotstar streaming!