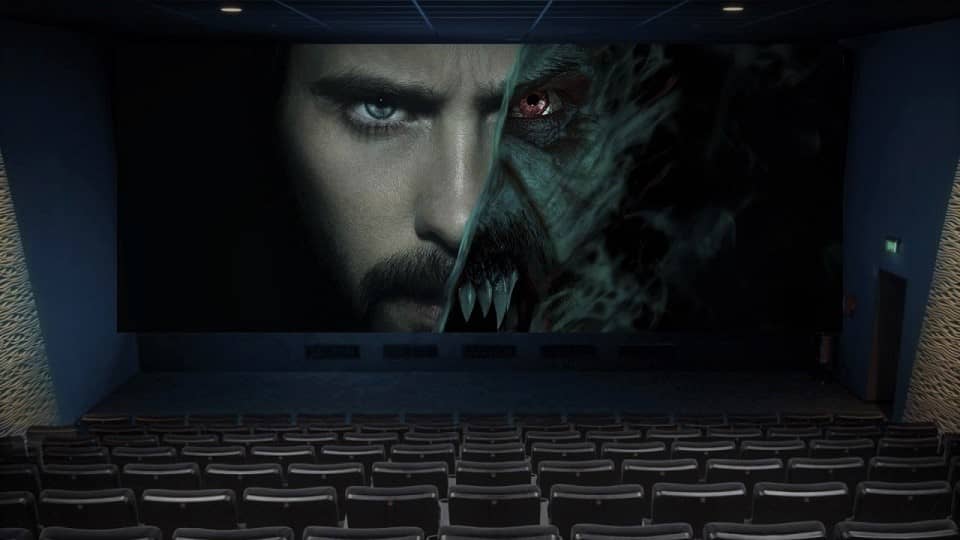 Find out the ‘Morbius’ release date in India in Hindi. Also, will it release in 3D and IMAX, along with which OTT streaming platform it will come out later?

The first spin-off of the Venom universe is here. Morbius is released in India on 01 April 2022. That makes it the 1st Marvel movie of 2022.


Jared Leto is doing his second comic book character after playing Joker in 2016’s Suicide Squad. So, he is now part of the Marvel & DC universe.

No need to worry Desi fans. Moribus will be officially dubbed in Hindi by Sony Pictures India. Here is the Hindi trailer on their channel:

It will be also dubbed in Tamil and Telugu, like most Hollywood movies.

Will it be released in 3D?

Morbius is not getting released in 3D format. You can only watch it in 2D. It looks like the movie was not converted into the third dimension by the studio, which might be due to its low production budget.


Note that even if you are watching it in 4DX experience, it will not have the 3D perspective.

This might affect its box-office collection, but still, we never expect it to have a ₹200+ crores collection in India like Spider-Man: No Way Home.

Does it have an IMAX ratio?

Like most big superhero movies, this is releasing in IMAX theatres as well. But does it mean that it will have an expanded ratio?

Morbius will not have the IMAX aspect ratio. It will have the standard 2.39:1 ratio for the whole film. So, Don’t expect any IMAX scenes. It is just digitally remastered using their DMR technology.

Which OTT is Morbius streaming in India?

There is no confirmation when this film will be available to stream digitally. But we expect two possible OTT platforms.

Most likely, Morbius will be streaming on Netflix in India. This is because of Sony’s new deal with Netflix for their Spider-man universe movies for digital rights, which includes Spider-Man No Way Home also.

If that doesn’t happen, Sony movies are known to have an online release on Amazon Prime Video in India before. So, that is also an option.


Still, Expect a 2-3 months gap from theatres to your home.

Jared Leto is in the lead role, along with Michael Keaton, who was also in Spider-Man Homecoming (2017). We also have Adria Arjona, Jared Harris, Matt Smith and Tyrese Gibson in the cast.

It was initially supposed to come in 2020 but got delayed for two years. This has significantly decreased the hype for this adventure. Also, the early reviews are very poor with criticism for editing and CGI.

Witness the origin of a Marvel legend, a hero and something more. #Morbius exclusively in cinemas April 1 in English, Hindi, Tamil and Telugu. pic.twitter.com/uG8xElOlS5

But if you still want to see it, take 1 hour and 45 minutes from your busy schedule.

Finally, check the official synopsis of the film: “Dangerously ill with a rare blood disorder and determined to save others suffering his same fate, Dr Morbius attempts a desperate gamble. While at first, it seems to be a radical success, the darkness inside him is unleashed. Will good override evil – or will Morbius succumb to his mysterious new urges?”

So now you know about Marvel’s Morbius movie release info in 3D, IMAX and when it will stream on OTT in India.