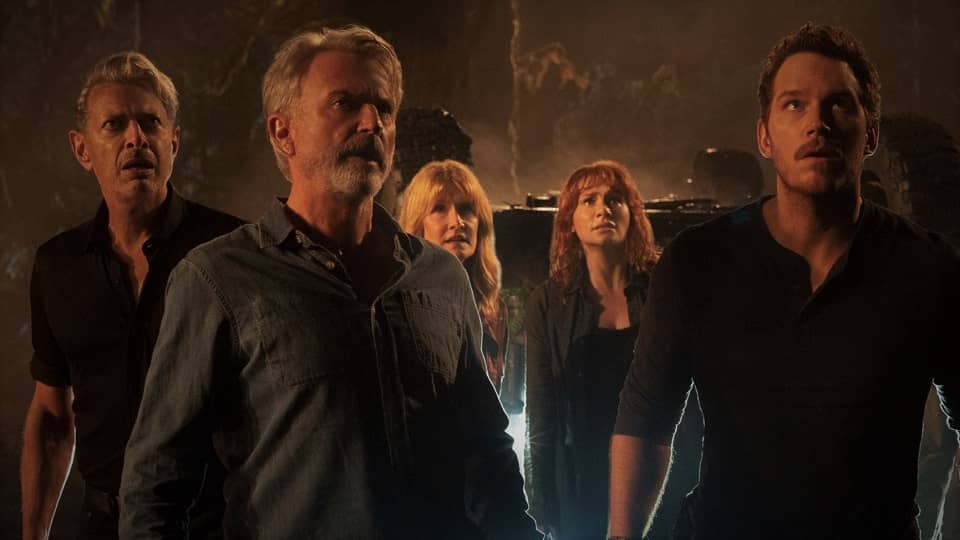 Find out how many crores Jurassic World Dominion made in India in its box office collection report. Also, when will it stream on OTT?

Despite having poor reviews from critics, this movie is performing very well among audiences. Jurassic World Dominion has made ₹47 crores at India’s box office market.


Check this box-office report for its opening weekend in India:

These are some amazing numbers!  It looks like it will join the ₹100 crores club in just a few days. And remember that this is also the time of summer holidays in the country. More families will be coming to the theatres to enjoy this dinosaur flick with their kids.

‘Jurassic World’ is a very popular franchise in India. Their last 2 movies are part of the Top 10 Hollywood movies in India of all time. Both have crossed the ₹100 crores mark at the box office. So, the expectations were already high from the beginning, and it successfully delivered on that.


In the international market, the worldwide collection currently stands at $623 Million, according to Box-Office Mojo. A China release is also a big factor in its box-office success because most other big Hollywood blockbusters were skipped by the Chinese authorities this year.

But now we have to see whether it can beat Doctor Strange 2 box-office records. That movie has performed exceptionally well from its early predictions because of the growing desi Marvel fandom.

Jurassic World Dominion was released in India on 09 June 2022 in 2D, 3D, IMAX and 4DX. Now the next question is, When is it coming out on OTT?

There is one thing we are sure that the first way is to watch this film is only in theatres. But sooner or later it will come out on some OTT platform. That is going to ‘Peacock’ owned by Universal. That’s confirmed!

The streaming premiere date is also confirmed to be within 4 months from the theatrical release. That means it will be digitally available before 10 October.


However, the Peacock service is not available in India. So, someone else like Netflix, Amazon and Disney will pick definitely be ready to pick it up. But according to past records, there is one contender above all.

Here is what is most probable! Jurassic World Dominion will stream on the Amazon Prime Video streaming service in India. The past two instalments in the franchise are also there, along with many movies distributed by Universal Pictures India. Also, they have a deal with Amazon in the USA as well.

We will update as soon as new information will be available.

‘Jurassic World Dominion’ is the last movie in the Jurassic Park universe where Chris Pratt and Bryce Dallas Howard are returning for one last time. It is also bringing back Laura Den, Jeff Goldblum and Sam Neil from the first Jurassic Park movie of 1993.

We can now say that this mega cast had hyped up the movie on a huge scale and the fans of the franchise couldn’t resist watching it on the first day.

So now you know the box-office collection of Jurassic World Dominion in India, along with its OTT streaming Update. It will become one of the biggest hits of 2022 for sure!