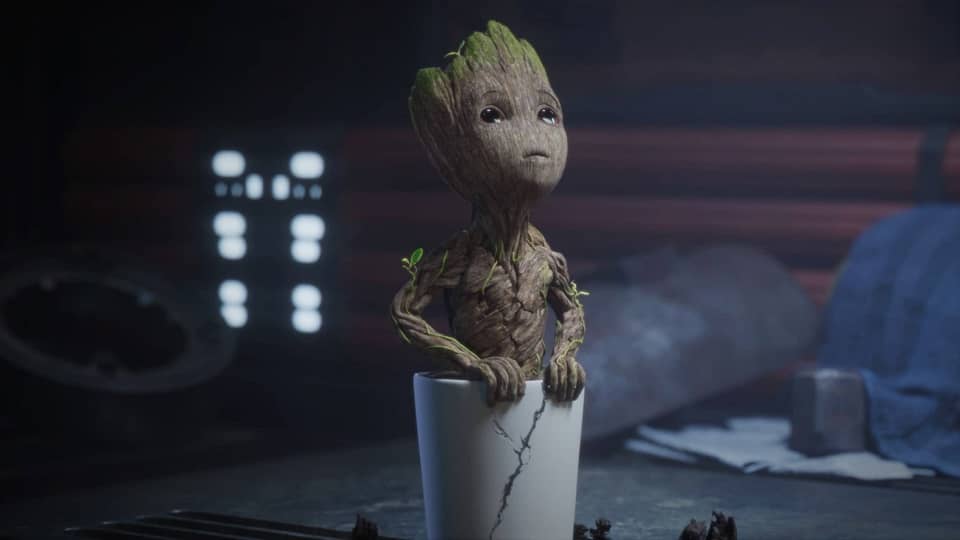 Baby Groot is here with his adventures! Find out when is this new Marvel series releasing in the country.

I am Groot release date & time in India

The upcoming ‘I am Groot’ show will release on 10 August 2022. The release time in India will be 12:30 PM. Enjoy all the episodes on Wednesday afternoon.


There will be in total 5 shorts or mini episodes in it. All of them will be debuting at the same time to easily binge-watch it.

The official streaming service of any series produced by Marvel Studios is Disney+. This means that the OTT platform where I am Groot will premiere in India is Disney+ Hotstar.

Check out this new poster for Marvel Studios’ #IAmGroot 😎

The next series after one week of it will be She-Hulk which will release in India on 18 August.

Is it dubbed in Hindi, Tamil or Telugu?

I am Groot animated series will only be available in English on Hotstar. There is no update on Hindi, Tamil or Telugu languages. But there is also no need of dubbing it as the main character will be saying only one phrase throughout the show: “I am Groot”.


But there is news that Rocket Racoon will be here as well, voiced by Bradley Cooper. Vin Diesel is already in it for lending his voice to Baby Groot. So, there be some dialogues we think.

Is it part of MCU?

Yes, this series is part of the Marvel Cinematic Universe. It will feature the adventures of Baby Groot growing up from a baby to a teenager. So, this show is set between the 2014’s Guardians of The Galaxy and its sequel in 2017.

Know more about it in this video:

But there is little to no effect of the show’s plot on the overall MCU events. It is just a fun spin-off to be enjoyed like the ‘Team Thor’ videos were.

This new Marvel series is created by Kirsten Lepore who is the head director and writer of it. James Gunn is also involved in a limited capacity with a small cameo also. After the first trailer, fans were excited to see what was Groot doing growing up and how he was messing up things.


It is made with photorealistic animation, making it the second animated feature in the MCU. The first is What If which was not dubbed in Hindi.

The total runtime of all 5 episodes is about 15 minutes, with each being around 3 minutes long. Here are the titles of each episode:

A season 2 will also be coming soon with 5 more shorts.

By the way, you can watch a DC comics animated movie League Super-Pets released on 04 August in India.

At last, here is the official synopsis of the series (via marvel.com): “There’s no guarding the galaxy against this mischievous toddler! Get ready as Baby Groot takes centre stage in his very own collection of shorts, exploring his glory days growing up, and getting into trouble, among the stars.”

So now you know I am Groot’s release date and time in India. Also, all the updates about the series are explained above!