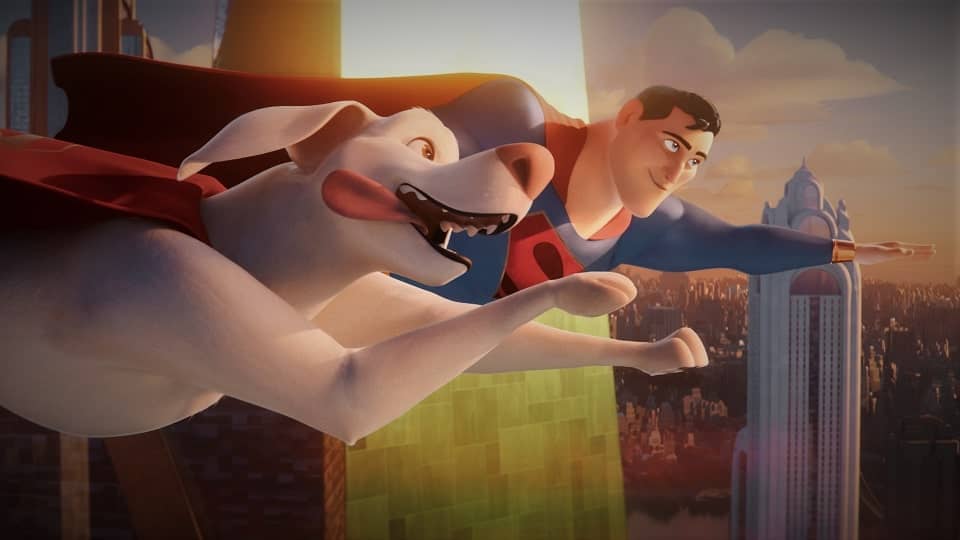 The fantastic duo of Rock and Hart is back! Get all the updates about this upcoming DC Animated movie.

DC League of Super-Pets was released in India on 05 August 2022. It was one week late in the country.


This is because it was already out in the USA and UK on 29 July. Maybe Warner Bros India wanted to skip competition with big-budget movies that weekend.

It has got a ‘U’ certificate in India, so you can enjoy this flick with your kids and make it a great holiday for them. It got good reviews from critics and fans.

This DC comics film is only available in 2D format, there is no 3D or IMAX version. We don’t have an official reason why the studio didn’t do it.

Is it dubbed in Hindi?

Here the studio did the right thing. It is confirmed that the DC League of Super-Pets will be available in English, Hindi, Tamil and Telugu in India.


Here is the official Hindi Trailer:

The trailer tells that it is a fun comedy story with a lot of action.

We know one thing HBO MAX is the official streaming platform for all DC content made by Warner Bros. But that service is not existing in the country right now. So, where can Indians watch it?

Looking at the last few movies released by WB India, like The Batman OTT release, we know where this film will drop. Most probably, the DC League of Super-Pets will be streaming on Amazon Prime Video in India. The official digital premiere date is yet to be announced.

We need to start with the lead tag team of Krypto and Ace. Krypto is Superman’s dog played by Dwayne Johnson and Ace is Batman’s dog played by Kevin Hart. Whereas, John Krasinski is voicing superman and Keanu Reeves is lending this voice for Batman.

Most of them are popular Hollywood names, so this will add more buzz to it. And we have the team of Kevin Hart and Dwayne Johnson that is unbeatable and unmatchable.

This new Warner Animation Group production is based on the comic book superteam ‘Legion of Super-Pets’, where pets of all superheroes joined hands to fight crime. But the series was revived in 2017 and in 2018, the movie got into production.

Jared Stern was then added as the director and writer. This was his directorial debut after writing hits like Lego Batman and Lego Ninjago movies.

Finally, here is the synopsis of the film (via warnerbros-india.com): “Krypto the Super-Dog and Superman are inseparable best friends, sharing the same superpowers and fighting crime in Metropolis side by side. When Superman and the rest of the Justice League are kidnapped, Krypto must convince a rag-tag shelter pack: Ace the hound, PB the potbellied pig, Merton the turtle and Chip the squirrel: to master their own newfound powers and help him rescue the Super Heroes.”

So now you know the release date of the DC League of Super-Pets in India, along with the OTT streaming update.