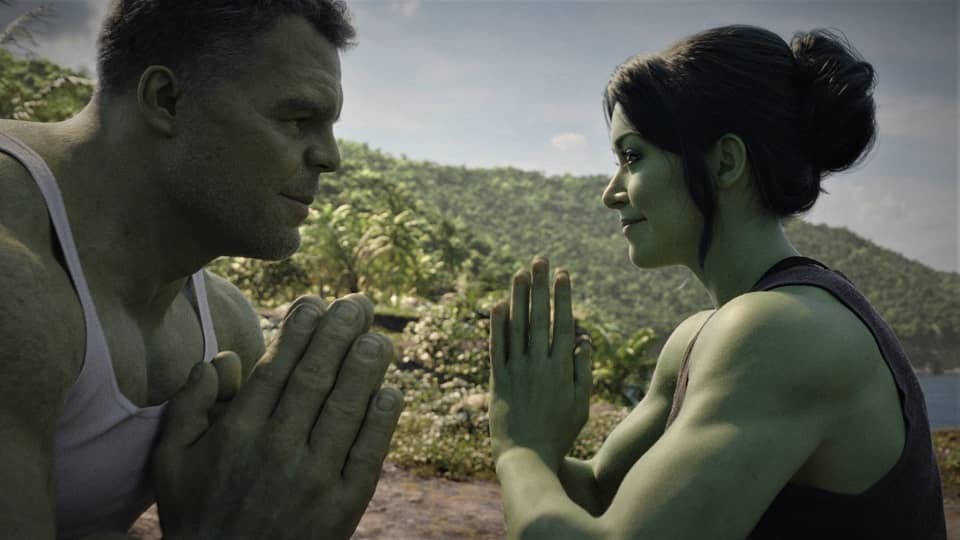 Time to go green! Find out when is this new Marvel series releasing in the country.

We are getting introduced to a completely new superhero in the Marvel Cinematic Universe with She-Hulk. She is a big green hero like her cousin but also a lawyer.


The She-Hulk series will premiere in India on 18 August 2022. The release time will be 12:30 PM. One episode will be released every Thursday, instead of Wednesdays.

Now let’s talk about the cast! Tatiana Maslany will star in the titular role, along with Mark Ruffalo returning as the Incredible Hulk. Tim Roth from the 2008’s movie will be back as Abomination. Not just that, Wong will once again show up in this Marvel outing.

One more exciting news for the fans is that Daredevil will be making an extended cameo.

And please note that it is officially a comedy series, and it is also getting good reviews for that, along with Maslany’s portrayal as Jennifer Walter aka She-Hulk.


Before this, I am Groot also debuted in India last weekend.

What is the Streaming platform?

The She-Hulk show will be streaming on Disney+ Hotstar in India. As we know, Disney owns Marvel and all their content will be available on their service only. This will be the 8th MCU series on this OTT platform.

Marvel India never let us down. She-Hulk will be available in 6 languages on Hotstar: English, Hindi, Tamil, Telugu and Malayalam. They know that dubbing a series increases its reach of it to a wider audience.

The official Hindi dubbing artist of She-Hulk is Neha Gargava. She had also lent her voice to the character of Catwoman in the 2022’s The Batman film. Other notable works of hers are Nala in The Lion King and Gal Gadot in Netflix’s Red Notice.


Samay Thakkar is dubbing for Bruce Banner aka Hulk as usual. As a fun fact, he was once the main dubbing voice of Batman in the Hindi version.

There will be 9 episodes in this series. So, if it is starting on August 18, the finale will be set for October 13. Each episode will be 25-30 minutes long, like many sitcoms on US television.

If we look at it, this is the 3rd new debut character this year in the Marvel Studios world, after Moon-Knight and Ms Marvel. She-Hulk was announced in 2019 and later Kat Coiro and Anu Valia joined as the directors.

It was also confirmed that it will show Jennifer breaking the fourth wall just like she did in the comics. This is the same way Deadpool talks to the audience in his own movies. So, this will make her more unique among all the Marvel characters.

In the end, here is the official synopsis of the series (via marvel.com): ”Jennifer Walters, an attorney specializing in superhuman-oriented legal cases, must navigate the complicated life of a single, 30-something who also happens to be a green 6-foot-7-inch superpowered hulk.”

So now you know the release date and time of She-Hulk in India. Let’s see how good it will be!