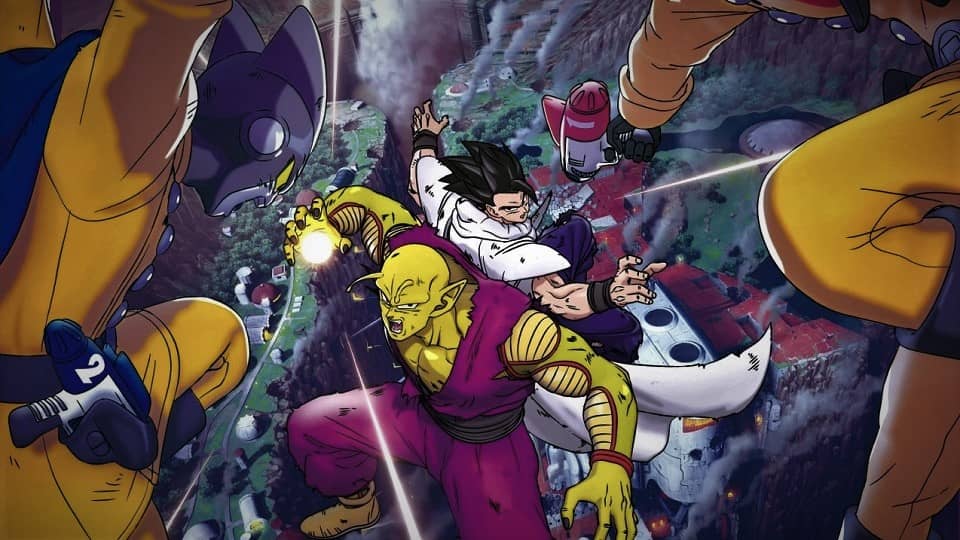 Anime Fans of India rise up! Get all the updates about this new Dragon Ball movie with 3D, IMAX, Hindi and streaming updates.

We have seen a full growth of Japanese anime in the past 2 years and fans now want all the new movies and shows to be directly released here, and it is happening.


This blockbuster animated film is officially getting a theatrical premiere. ‘Dragon Ball Super: Super Hero’ will release in India on 26 August 2022. That will a Friday. This is the second instalment of the Dragon Ball Super franchise.

This anime was already out in Japan in June this year and just one week before in the USA. So, we are getting a little bit late. Still, we have one more amazing piece of news for you.

Will it be in Hindi, Tamil or Telugu?

Dragon Ball Super Hero will be available in English, Hindi and Japanese languages in India. Great to see that they officially doing the Hindi dubbing of it. Also, the Japanese audio version will be played with English subtitles.


Here is the official Hindi trailer:

Currently, there are no updates for Tamil, Telugu or Malayalam languages, but hopefully, they will add them soon for streaming release.

The Hindi Dubbing artist of Goku is Ankur Javeri and Vegeta is Prasad Barve. Both have lent their voice to these characters the episode 54 of the Dragon Ball series.

About 3D and IMAX

There is no 3D release of Dragon Ball Super Hero, only 2D. Even when you are going for 4DX format, there are no 3D glasses for it as well.

But you can go for IMAX, the most immersive experience to enjoy a movie. ‘Dragon Ball Super: Super Hero’ is digitally remastered for IMAX theatres. This means that you get a better video quality. And since it has a 1.85:1 aspect ratio, the footage will fill up the full IMAX screen.

Sony Pictures India is distributing the film worldwide, but this is currently limited to theatres. There is no update for its streaming release.


But one thing is sure the OTT platform for Dragon Ball Super Hero in India will be Crunchyroll. They have official rights for North America and in many international locations along with Sony.

By the way, the last Sony flick Bullet Train was also out in India this month.

Directed by Tetsuro Kodama and written by Akira Toriyama, it will be the 21st Dragon Ball movie to be made. It is the sequel to ‘Dragon Ball Super: Broly’. Here is one more fun fact: This is the first film in the series to be produced mainly in 3D animation.

It has performed very amazingly in the USA, so there are high chances that it will have good box-office here.

Finally, here is the official synopsis for it (via 2022dbs-global.com): “The Red Ribbon Army was once destroyed by Son Goku. Individuals, who carry on its spirit, have created the ultimate Androids, Gamma 1 and Gamma 2. These two Androids call themselves Super Heroes. They start attacking Piccolo and Son Gohan What is the New Red Ribbon Army’s objective? In the face of approaching danger, it is time to awaken, Super Hero!”.

So now you know the release date of ‘Dragon Ball Super: Super Hero’ in India in Hindi. It is going to get good bucks here for sure!