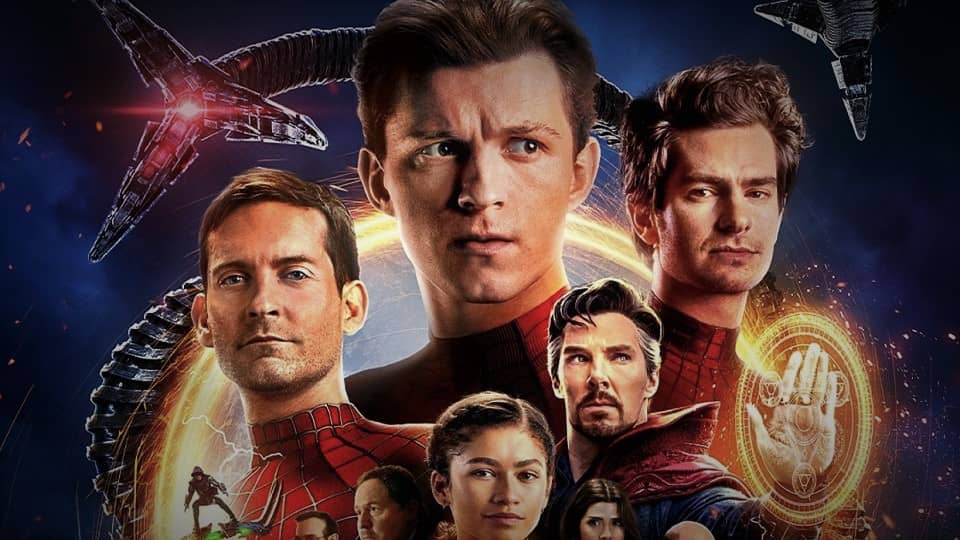 Want to watch the trio of Spider-Man again on the big screen? Check all details about the No Way Home extended cut in India!

Sony Pictures had officially announced in June that a longer version of the last Spider-Man movie will be premiering soon.

Please note this will be a completely theatrical re-release.

This was done by Sony to celebrate 60 years anniversary of the first Spidey comic book that debuted in 1962. Also, as we understand, the big reason is to earn more at the box office. It has already crossed $1.9 billion worldwide, so it might enter the $2 Billion club very soon.

In our country, it also had made a big record. No Way home’s collection in India currently stands at ₹218 crores. If it makes ₹10 crores more, it will become the 2nd biggest Hollywood movie here.

Cue the drumroll, everyone 🥁#SpiderManNoWayHome is BACK IN CINEMAS in English and Hindi!
Catch the extended version of this worldwide blockbuster exclusively on the big screen on September 2 🕷 pic.twitter.com/3llXGib2VS

As you can see, they revealed all three Spider-Man in the poster, which they have been hiding from the original marketing for such a long-time.

But are the tickets out?

When will the tickets open?

The tickets for the ‘Spider-Man No Way Home: More Fun Stuff’ version finally opened in India on August 31. It will available in 2D and 4DX. So, there is no 3D release happening this time. Also, there is no IMAX format available.

However, we have seen that there are very limited shows for it in big cities and there is no show in some locations at all.

This is because Indians are not known to watch the same movie twice in the theatres, even when it is already streaming on Netflix. So, why go to theatres again if you can watch it in the comfort of your home?


Marvel once released Avengers Infinity War again in October 2018 but that was not so successful. Let’s see if this works this time.

How many deleted scenes?

It is been confirmed that there will be around 11 minutes of new scenes added in this extended cut of Spider-Man No Way Home.  Some of this footage is been already teased by the studio.

More about this re-release in this video:

One of these scenes is about a new conversation between Tobey Maguire and Andrew Garfield’s Peter Parkers on the Statue of Liberty before the final fight begins.

There are also scenes where villains will be visiting Peter’s room in an elevator and Peter Parker in his high school gym.

There is one more deleted part at the beginning where Peter will catch a thief played by Tom Holland’s brother Harry Holland.

But there will be more additions in this extended cut.

So now you the re-release date of Spider-Man No Way Home’s extended cut in India. Go to theatres if you want to experience it one more time!