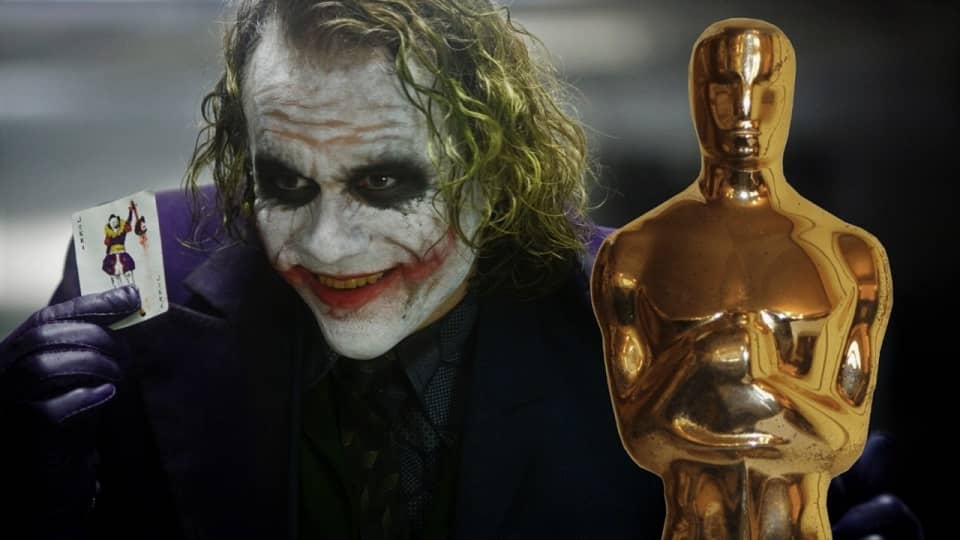 Do you know that the first Superhero movie to win an Academy Award was from DC comics. Check out How many Oscars have DC movies won?

How many Oscars have DC movies won?

From 1978’s Superman to 2019’s Joker, films based on DC comics are always changing the superhero genre in a new way.


Here is the list of 07 Oscars won by DC movies:

The first Superman movie was a pioneer in the history of comic book films. The way they used blue screens and visual projections to make us believe that a man can fly is revolutionary for the whole industry.

Superman won the Special Achievement Academy Award for Visual Effects. These are won by supervisors: Les Bowie, Colin Chilvers, Denys Coop, Roy Field, Derek Meddings and Zoran Perisic. This award is given for its exceptional contribution to filmmaking.

It also received 3 Oscar nominations that year for Film Editing, Sound and Original Score, but lost in all these categories.

Fact: The 1st Marvel Movie to win an Oscar was Spider-Man 2.


1989’s Batman won an Oscar for Best Art Direction. Anton Furst and Peter Young were awarded for how they designed the set of a dreary Gotham city.

The next two sequels of the franchise were also nominated in the following years.

This ultimate Batman-Joker movie is the favourite of many superhero fans. This first billion-dollar superhero feature was a perfect film from all perspectives.

Late Heath Ledger won the Oscar for Best Actor in Supporting Role. His Joker performance will go down in history as one of the most iconic portrayals in Hollywood.

The Dark Knight was in total nominated for 8 categories: Art Direction, Cinematography, Film Editing, Makeup, Sound Editing, Sound Mixing and Visual Effects, along with Actor in a supporting role.

Richard King was able to grab the second Oscar for The Dark Knight for Best Sound Editing. He then worked with Christopher Nolan for Inception, The Dark Knight Rises, Interstellar, Dunkirk and Tenet.


However, this masterpiece was not nominated in The Best Picture category, which caused controversy. Some people accused the Academy committee of being biased against comic book movies.

While the 2016’s DC villains movie was considered a failure by many critics and fans, this movie still was able to achieve something remarkable.

Suicide Squad won Oscar for Best Makeup and Hairstyling. This was received by Alessandro Bertolazzi, Giorgio Gregorini and Christopher Nelson at the 89th Academy Awards.

The makeup of Joker, Harley Quinn, Killer Croc, El Diablo and Enchantress was really good. It took them hours to create these looks for DC characters.

This solo Joker movie was critically acclaimed by everyone who watched it and one important part of its success was the Original Music (Score). Hildur Guðnadóttir won the Best Original Score Academy Award for his work in the Joker.

This amazing depiction of the most popular DC comics villain in this debut outing definitely deserved recognition for the Actor.

Joaquin Phoenix won the Oscar for the Best Actor in a Leading Role. He was awarded at that year’s BATFA, Golden Globe and Screen Actors Guild for his lead performance.

Fans were also astonished by how well he told the story of ‘Clown Prince of Crime’ and showed different aspects of this beloved character.


The movie was also able to collect 1 billion dollars at the box office worldwide.

Here is the list of all Oscar Nominations received by movies based on DC comics:

Did The Dark Knight win an Oscar?

The Dark Knight movie has won 2 Oscars in the 81st Academy Awards ceremony. These are for Best Actor in Leading Role (Heath Ledger) and Sound Editing (Richard King).

The previous movie in the franchise, Batman Begins was also nominated in the Best Cinematography category but lost to ‘Memoirs of a Geisha’.


But the later ‘The Dark Knight Rises’ didn’t receive a single nomination at all.

Who accepted the Oscar for Heath Ledger?

Since Heath Ledger died one year before the Oscar ceremony, His award was accepted by his family:

How many Oscars did Joker win?

The 2019’s Joker movie won 2 Oscars at 92th Academy Awards for Best Actor in the Leading Role and Best Original Score. It was nominated for 11 categories that year.

How many Batman movies have won Oscars?

Interestingly, 5 Batman movies have been nominated in the Oscars till now, receiving a total of 15 nominations.

According to Variety, Zack Snyder’s Justice League was not eligible for the Oscars 2022, because it was a re-edited version of an already released film. It was not even part of the consideration list. However, the Academy recognised the film on Twitter for Best Cheer Moment.

So now you know about all the Oscars won by DC movies in history. DC is known for making more realistic movies, so we hope they will win more Academy awards in future!