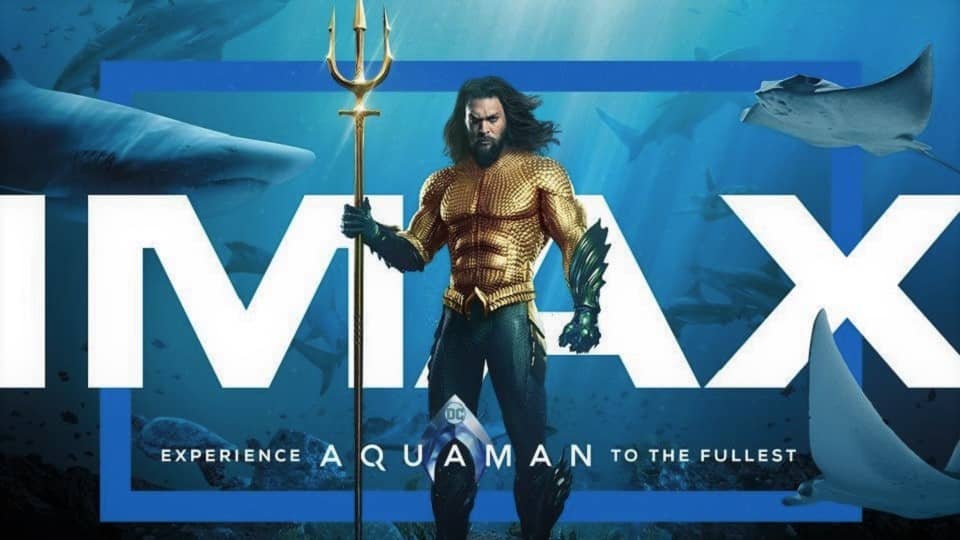 Did you know, the first Hollywood movie to use this format is a DC comics movie. Let’s take a look at all DC movies which are released in IMAX format.

Many fans get confused when they check about which DC movies are actually shot in IMAX.


This is because most movies, even if they are shown in IMAX theatres, were not shot with their cameras. They were just digitally remastered like The Batman (2022).

So, here I give you the official list of DC movies that were released in IMAX and have the expanded aspect ratio (in the order of release dates):

The Dark Knight is the first major Hollywood movie in history to use the IMAX format. Christopher Nolan shot about half an hour of the movie with their 70mm film cameras.

He always wanted to use this format because of their amazing visual quality and even tested them for ‘The Batman Begins’ (2005). No one else in the industry used them before because they were heavy, costly and noisy. But Nolan decided to take the challenge.

From Joker’s robbery scene to the batmobile chase scene, 6 major sequences were shot with the IMAX cameras and are available in a 1.43:1 aspect ratio. Some home release versions updated these scenes in a 1.78:1 ratio.


Nolan again used the cameras for ‘The Dark Knight Rises’ and shot about one-third of the movie in this format. These include most action scenes where he wanted more height in the frame.

That’s why these sequences are expanded in the 1:43:1 aspect ratio, showing 26% more footage. And like the previous one, some home releases have a 1.78:1 ratio.

There was an incident on set when Catwoman’s stunt double crashed into this film camera and completely destroyed it.

Zack Snyder also experimented with IMAX cameras by partially shooting his movie in this premium format, that too with film cameras like Nolan.

4 major sequences including the final battle, Batman v Superman fight, opening credits and Knightmare scene were shot in an expanded ratio of 1.43:1 and 1.90:1 in digital projection.

In 2021, they even released the ‘Batman V Superman: Ultimate Edition’ of the movie with the expanded ratio on HBO MAX and digital release.

The visually astonishing 2018’s Aquaman has about half of the movie in a 1.90:1 expanded ratio. Even the trailers featured the taller footage to showcase how amazing it will look.

However, note that this movie is not shot with a 70mm film camera or their newer digital camera.


The footage is just digitally remastered using the company’s DMR technology like many MCU movies which are released in IMAX.

Patty Jenkins joined an exclusive list of directors to use a 70mm IMAX camera for their movies. Two specific sequences: the young Diana scene at the beginning and the ending Christmas scene were shot with this camera.

Interestingly, the rest of the movie is also shot with film reel cameras since it was a period movie.

‘The Suicide Squad’ is completely (100%) presented in an expanded 1.90:1 aspect ratio. Director James Gunn shot the movie with Red Ranger Monstro cameras, which are certified under the ‘Filmed in IMAX’ program.

This new program helps to promote and include more high-quality cameras to use the brand. This RED camera is known for recording in 8K resolution. Many future superhero movies are being part of this initiative like Marvel’s Shang-Chi and Doctor Strange 2.

So now you know about all the DC movies which are released in IMAX. Some of them are part of the DC extended universe.