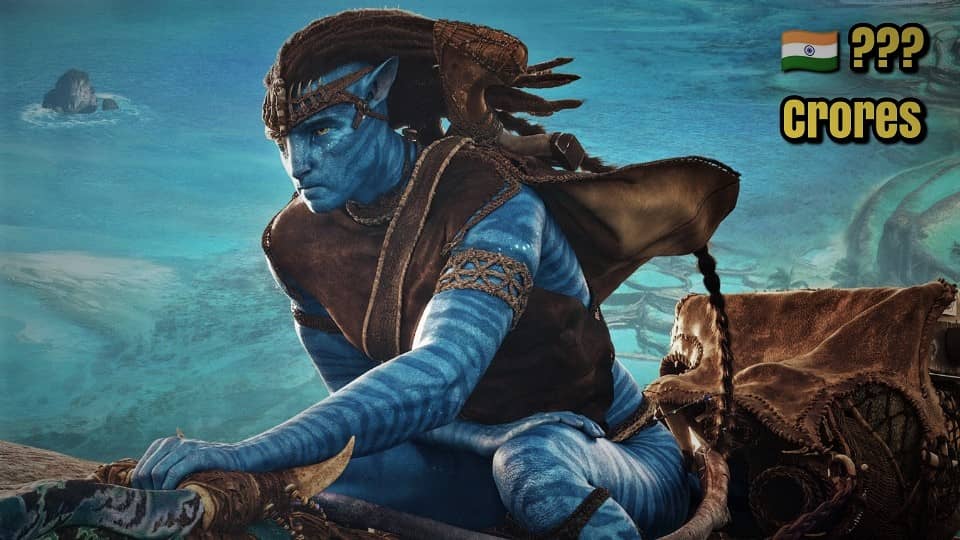 It really went beyond expectations! Avatar 2 has a huge box office number in India. Get the full collection data here!

Avatar The Way of Water Collection in India

When the sequel of the biggest Hollywood movie comes out, we know that it will just smash all the records.


The total box office collection of Avatar The Way of Water in India is ₹376 Crores. It was the second installment of the Avatar franchise, which was released 13 years ago. There was a lot of excitement among moviegoers to experience it on the big screen.

The opening weekend collection in India for Avatar 2 was as follows:

In just 3 days, it crossed ₹100 crores mark, which is a big achievement for a foreign film. But it didn’t stop there. With amazing reviews coming out and VFX that must be watched in theatre, increase ticket sales during Christmas and New Year.

Even after 15 days of the release, it managed to make ₹18 crores on 01 January. There was also little to no competition from Indian movies.


The first-day collection was also the second biggest for an American flick, which clearly shows the hype in the Indian market.

Also, in just 4 days, it made it top of the list of the biggest Hollywood film in India for 2022. It easily surpassed Doctor Strange in the Multiverse of Madness and Thor Love and Thunder. By the way, both of them crossed ₹100 crores.

And don’t forget that it has already entered the ₹300 crores club. It has also surpassed Avenger Endgame to be the highest-grossing Hollywood movie in India. But will it cross ₹400 crores, let’s see!

Now, we are waiting for future installments. It is already confirmed that 3rd part is already shot and 4th and 5th is also in planning. They are also going to make big numbers worldwide.


Till then, Avatar The Way of Water will soon stream on Disney+ Hotstar.

The Avatar 2 worldwide collection is $2.12 Billion. This is according to Box Office Mojo. Even with the 3 hours runtime, it managed to sell Housefull shows in every part of the world. The domestic US box office has exceeded $500 million.

With $2 billion in total, this sequel will also become the third James Cameron to achieve that feat. It will also greenlight more Avatar outings than we are already hearing out.

The other profitable territories were China, France, South Korea, the UK, India, Mexico, and Australia. However, China was a big market and expected to put a lot more, it managed to be just a little more than others.

We now just think that only the next Avengers 5 & 6 will be the possible contenders that will ultimately compete in this range.

So now you know the box office collection of Avatar The Way of Water in India. Waiting for the next one!