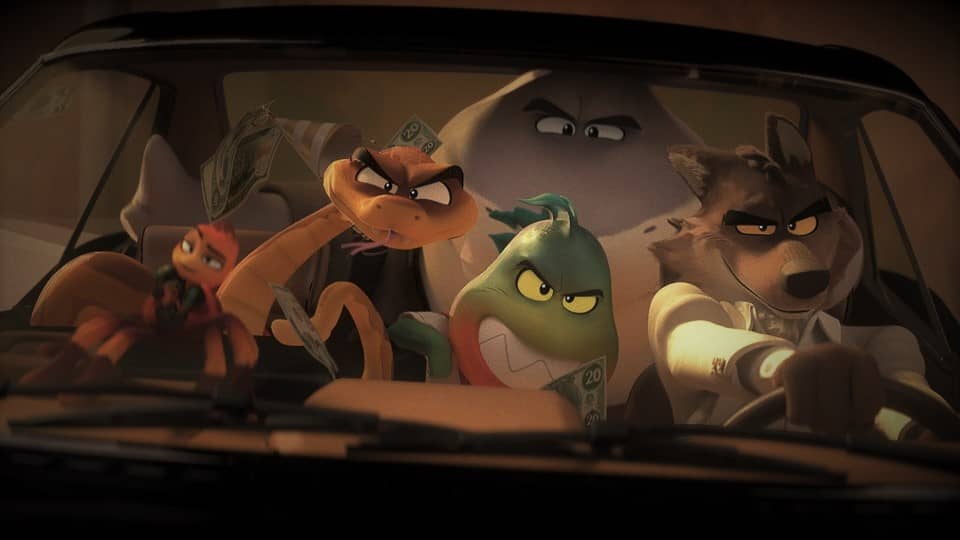 Find out when The Bad Guys movie is coming out in India. Also, when will we can watch it on OTT streaming?

This new DreamWorks film is finally getting released in our country. The Bad Guys will release in India on 20 May 2022.


This is a story about a group of criminal animals who wants to turn good now. It is based on a popular children’s graphic novel of the same title by Aaron Blabey.

It is already running in theatres in the USA right now and was also released in some other countries from March 2022. We don’t know the exact reason why Universal Pictures has delayed it in India.

The movie has also received positive reviews from both critics and fans.

Will it be dubbed in Hindi, Tamil or Telugu?

Unfortunately, The Bad Guys will not be dubbed in Hindi, Tamil or Telugu. The only language to watch this new animated movie in India is English.


Hope when the movie will come out on an OTT platform, the streaming service will add more language options. This type of kids’ movie is loved very much on streaming where a whole family can watch it together.

The Bad Guys will release in early June of 2022 in the USA on Peacock. However, this OTT service is currently unavailable in India. So, how can we watch it digitally? Let’s check 2 options:

Recently, Universal Pictures did an exclusive deal with Netflix for their animated movies. So, there is a high chance that The Bad Guys will stream on Netflix India after 4 months from its release date.

Otherwise, it will be released later on Amazon Prime Video India because some last Universal movies are streaming there as of today.

The Bad Guys have got a U certificate in India. The U certificate is similar to PG ratings of the USA. This means that everyone is allowed to watch this movie.


This is a perfect movie for parents to make their kids for a family holiday this summer.

This movie also has one of the most amazing star-studded voice cast. Sam Rockwell (Iron Man 2) and Awkwafina (Shang-Chi) are in the lead roles.

Listen to all these voices in this Official Trailer:

Popular YouTuber Lilly Singh is also lending her voice to it.

DreamWorks is known for making some of the best Animated movies in Hollywood. Shrek, Madagascar, Kung Fu Panda, How to Train Your Dragon, Puss in the Boots and The Boss Baby are all part of the DreamWorks universe.

Here is the official synopsis of the movie: “In the new action-comedy from DreamWorks Animation, based on the New York Times best-selling book series, a crackerjack criminal crew of animal outlaws are about to attempt their most challenging con yet; becoming model citizens. After years of countless heists and being the world’s most-wanted villains, the gang is finally caught, and Mr Wolf brokers a deal (that he has no intention of keeping) to save them all from prison: The Bad Guys will go good.”

So now you know about the Bad Guy’s release date in India in Hindi. Hope you like this new Dreamworks flick!