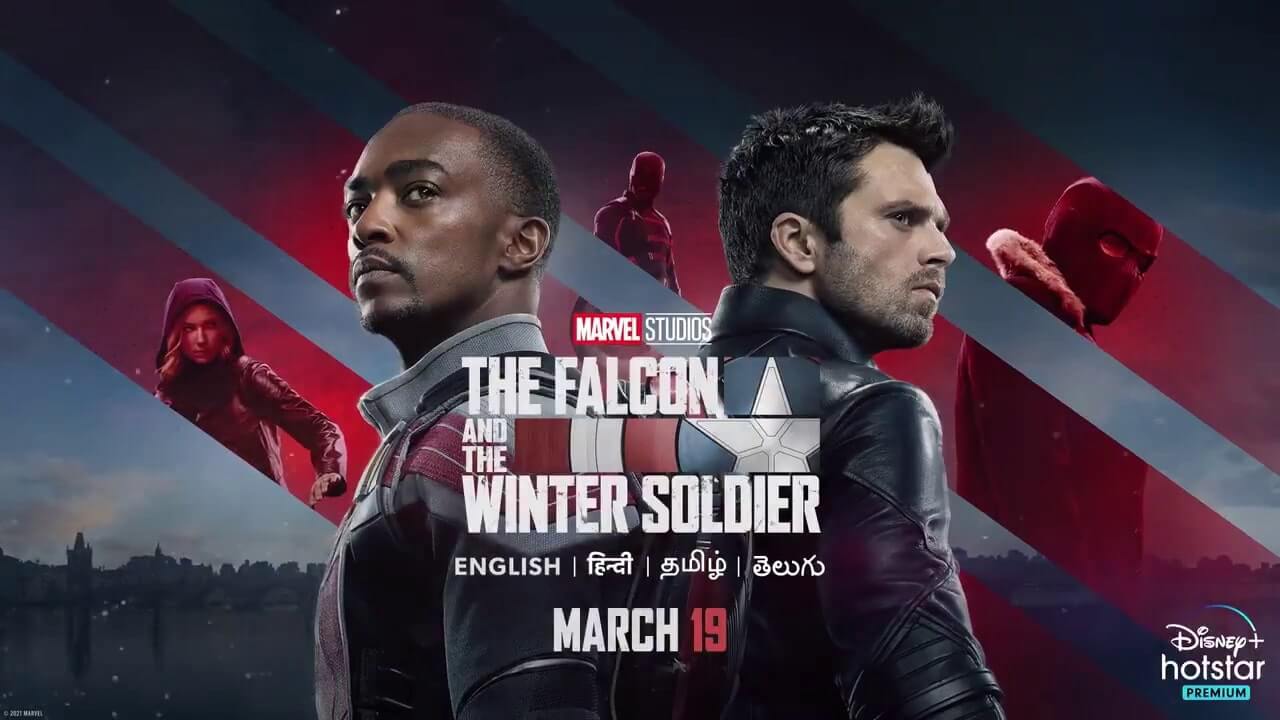 It’s Time to PARTY Indian Marvel Fans, Marvel India has confirmed that it will release the second MCU show, The Falcon and The Winter Soldier in India. But some fans still have some questions in their mind like what is its release date in India? And will it be available on Hotstar VIP?

So, let’s answer all your questions.

Marvel’s The Falcon and The Winter Soldier release date in India is 19 March 2021. There will be 6 episodes in total.


The first episode will be released on March 19, and we will get a new episode every week on Friday. Also, the Justice League Snyder Cut will release in India on March 18, watch it too.

Many Indian fans were upset when there was no regional language dubbing for WandaVision in India. They regularly complained about it on Marvel India’s official social media accounts, especially from Hindi & Tamil audiences.

And they listened! It is now Official that Falcon and Winter soldier will be available with Hindi, Tamil & Telugu dubbing in India.


These dubbed languages will be streamed on the same day along with the original English language. Hotstar confirmed this news via their official Twitter handle.

And you thought we left you unheard?
Brace yourselves and enjoy Marvel Studios’ #TheFalconAndTheWinterSoldier streaming on March 19 in English on @DisneyplusHSP and in Hindi, Tamil and Telugu, only on @DisneyplusHSVIP. pic.twitter.com/4TICLJXVQi

It will be the First Disney+ Marvel show to release in our Indian languages. This might be due to the immense success of WandaVision & Marvel movies in India. They should definitely continue this with every upcoming MCU series on Hotstar.

Where to watch it in India?

There was also another question about which Hotstar plan to choose to watch this show in Hindi? Here is the answer: You can watch Falcon & Winter Soldier in Hindi, Tamil, Telugu in the VIP plan, but if you want to watch it in English, you will need the Premium subscription.

Important: The VIP plan limits the video quality to SD. So, if you want an HD viewing experience, you need a Hotstar Premium subscription.


All the Marvel Shows set in the Marvel Cinematic Universe franchise will be available on Disney+ Hotstar in India. This is because Marvel & Hotstar are part of Disney, and so, all Disney+ US content will be streamed exclusively on Hotstar in India.

There are 3 more MCU shows coming up this year: Loki, What If, and Hawkeye.

After this news, many fans also asked, will they release WandaVision in Indian languages also? While there is no official confirmation, a trusted facebook page ‘Hollywood in Hindi’ confirmed that they will release that show also in Hindi, Tamil, & Telugu.

I know that the show is now over with 9 episodes but we can watch it again in our desi language very soon. Let’s hope that they do it very soon!

So, get ready every Friday again for some awesome Marvel content. The 1st episode of Falcon & Winter Soldier will premiere on March 19 release date in India. And YES, you can watch it on Disney plus Hotstar VIP plan (and Premium plan as well).

And if you don’t know who I am? I am Ranish Chauhan a.k.a. Fulmino Fan, and I make videos about Marvel & DC in Hindi. You can check my YouTube channel for some amazing content for Indian SuperHero Fans.