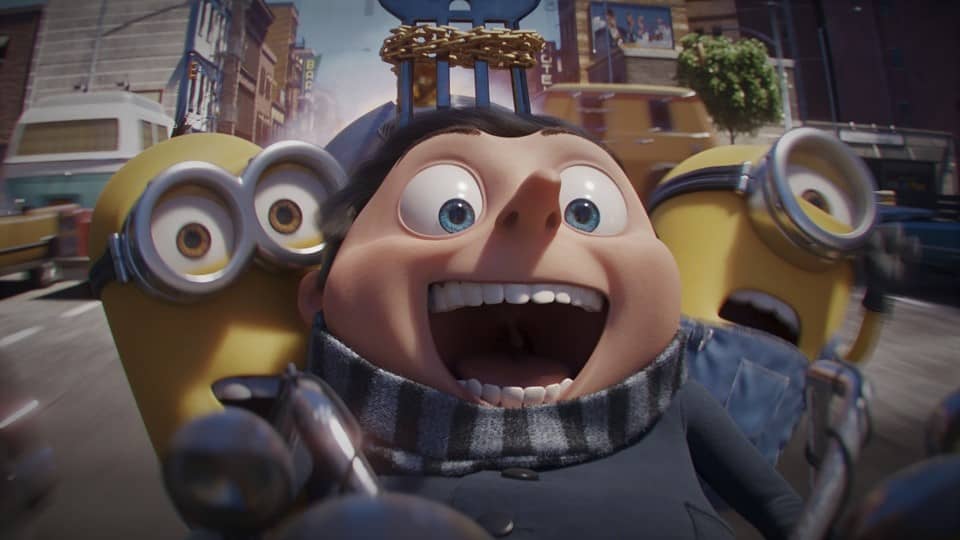 Find out all details about the release of the new Minions movie with streaming and IMAX updates!

The Rise of Gru release date in India

We got this new Minions adventure one day earlier in our country. The Rise of Gru was released in India on 30 June 2022.


The release date in the USA and UK is on Friday, but we can watch it on Thursday. Thursday releases are becoming a normal thing for Hollywood movies. Even Jurassic World Dominion was released one day earlier in India, which pumped up its box office.

The story is about the origin of the supervillain Gru and is set after the events of the 2015’s Minions. Steve Carell is returning to voice this iconic character, along with Pierre Coffin, Taraji P. Henson, Michelle Yeoh, Julie Andrews, Alan Arkin, Danny Trejo and Lucy Lawless.

Is it filmed for IMAX?

Yes, You can watch Minions Rise of Gru in IMAX theatres. However, it is NOT shot for the IMAX aspect ratio but just the footage is remastered for better visual quality. Still, you can go for IMAX 3D or 2D experience for a slightly better experience.


Other formats to enjoy this animated feature are 3D, 4DX or the good old 2D.

Minions The Rise of Gru is officially released in 4 languages in India: English, Hindi, Tamil and Telugu. Watch the official Hindi trailer here:

One interesting fact here is that Vaibhav Thakkar is dubbing for Gru in the Hindi version. Vaibhav had previously lent his voice to Spider-Man in MCU.

While the official date is not announced, we know where it will land. The Rise of Gru will premiere on Peacock streaming service in the USA. Peacock is owned by Universal, who is distributing this film.

Before this, Universal released another animation flick The Sing 2 in India at the end of last year. That later premiered digitally on Prime Video here, but you need to pay extra to rent it.


That’s why it is most probable that the same will happen this time. The OTT platform for Minions Rise of Gru will be Amazon Prime Video in India. The streaming date will be before November of this year.

Rise of Gru is the 5th film in the Despicable Me franchise that started in 2010. We know that Minions is a popular name among kids, so the excitement among them for this film is very high. ‘Gru’ is also a well-known character that the audience wants to know about.

Critics are giving it mixed reviews, so let’s see whether the audience will like it or not.

Here is the official synopsis of the film (via minionsmovie.com): “Long before he becomes the master of evil, Gru is just a 12-year-old boy in 1970s suburbia, plotting to take over the world from his basement. It’s not going particularly well. When Gru crosses paths with the Minions, including Kevin, Stuart, Bob, and Otto, a new Minion sporting braces and a desperate need to please, this unexpected family joins forces. Together, they build their first lair, design their first weapons, and strive to execute their first missions.”

So now you know the release date of Minions the Rise of Gru in India in Hindi. Let’s go on another ride with these yellow creatures!